Some nice prospects and good chances at Newbury on Sunday

Goes well fresh but could do with some rain

He looks like one who could definitely do with some rain, as he is a pretty decent horse with plenty of dig. He got those conditions when beating Laafy off a mark of 105 in the Old Newton Cup at Haydock last season, and he could well be the one to beat in a competitive race if he returns to that form. His record says he goes very well when fresh, too. 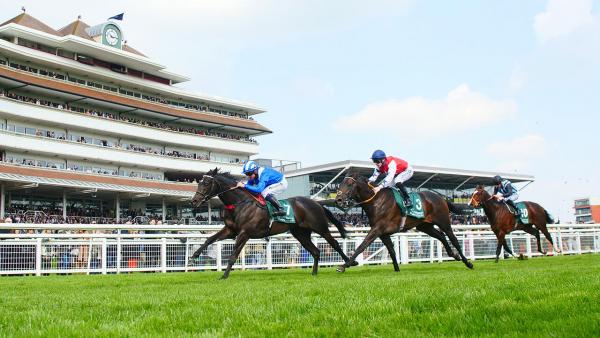 Hoping for lots of improvement

She made a very promising debut when second at Kempton last year and did what she was entitled to do at Wolverhampton next time, winning very easily. Clearly, that form is some way detached from the likes of Cheveley Park winner Alcohol Free – a long way detached – but let’s hope I am on her for a reason and there is a lot of improvement to come.

Form has worked out and he’s a decent prospect

He was a very promising second in a decent race at Ascot first time up, a race in which the Royal Lodge winner New Mandate was back in third, before winning his maiden well at Sandown. The form of that race worked out pretty well. Like Liberated Lady, I know he has a lot to find with the standard-setters with Group form but I think he is a decent prospect.

I rode him on his last three starts last season, winning on his final outing from a horse that went on to win a couple of handicaps, and he shaped well, when not getting the clearest of runs, on his return at Nottingham. If he comes forward from that run, then he probably has as good a chance as most in here. Let’s hope his draw in two pans out.

Can run a big race with trip set to suit

The stable is in good form and she shaped well when fifth over 1m at Kempton on her sole start last season. She should thrive over this trip, being by Golden Horn out of a Galileo mare, and it will be no surprise if she runs a big race here.