Some tasty last 16 ties to savour

It’s been a whirlwind 48 hours for RB Leipzig, after Bayern Munich broke the news at Sunday lunchtime that they were indeed signing Dayot Upamecano from next season, making the most of the France defender’s very reasonable release clause. In a week where Julian Nagelsmann would have wanted total single-mindedness and focus, another club’s announcement hijacked the news agenda around the club.

With that said, Leipzig are as well prepared for facing Liverpool as they could hope to be otherwise. They continued to make second place in the Bundesliga their own with Friday night’s workmanlike win over Augsburg, which was achieved despite resting Upamecano and dynamic midfielder Marcel Sabitzer. It was a fourth successive win for them in all competitions.

There are justifiable areas of concern for Nagelsmann’s side – the uneven performances of the group stage, including nearly throwing away their final group stage match against Manchester United in the closing stages, and the tie being moved to Budapest – but the evidence of the last two seasons generally suggests that they are very good at managing knockout ties, just as they did against Spurs at this stage last season. With Liverpool’s own current difficulties this tie looks a lot more open than it did when the draw was made.

Could the worm be turning in Barcelona and Paris grudge match?

Talking of perceptions of favouritism changing over the last two months, there is probably no tie more subject to that than the one that has its first leg in Catalonia on Tuesday. Paris Saint-Germain were heavy favourites at the start, with their Ligue 1 form quite irrelevant to their capabilities in European competition and their ability to overcome a sticky start in the Champions League group stages quite impressive.

Yet Mauricio Pochettino has had some tough luck in losing Neymar (again) and Ángel Di María to injury, while defenders Gerard Piqué and Ronald Araújo are on the way back for Barcelona. They have won 11 of 13 fixtures in 2021 and started to play with some real fluency, which we saw again in the 5-1 weekend thrashing of Alavés. Lionel Messi scored two excellent goals and confirmed his return to form, with PSG’s not-so-secret interest in signing him for next season an interesting subplot in this tie. 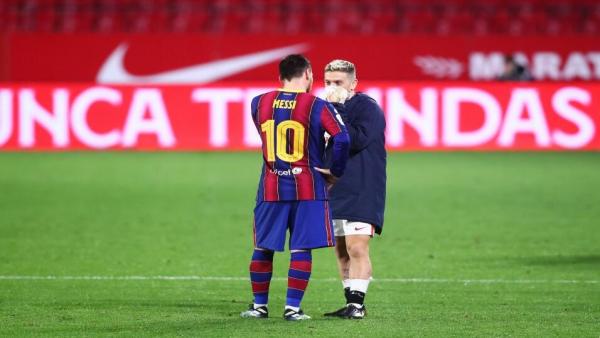 A lot rests on Kylian Mbappé, certainly, supported by Moise Kean and Mauro Icardi, but there are serious doubts on whether Ronald Koeman’s team can stand up to even a depleted PSG attack. After reverses to Real Madrid and Atlético before Christmas, the loss to Sevilla in the Copa semi-final first leg last week did little to relieve the suspicion that this Barça can’t live with real quality opposition. The need to be bold in their home leg could expose them too.

Back over 3.5 goals between Barcelona and Paris Saint-Germain at 2.447/5

Sevilla favourites against Dortmund in difficulty

“If we play like we have in the last few games, we’ve got no chance.” That was Erling Haaland’s assessment to Sky Germany of Borussia Dortmund’s trip to Sevilla this week after Saturday’s draw with Hoffenheim, when only his late equaliser saved a point against one of the Bundesliga’s current also-rans. It was a shambolic display, underpinned by defensive uncertainty and saved by individual moments of skills by Haaland and, inevitably, Jadon Sancho.

Even Monday’s announcement that Marco Rose would be BVB’s new coach from next season was shrouded in confusion – announced by his current club, Borussia Mönchengladbach, with his future side seemingly caught on the hop and pledging no further comment until summer. By then, we’ll know if current, temporary incumbent Edin Terzić has engineered enough of a turnaround to secure Champions League football again for Rose’s debut campaign. 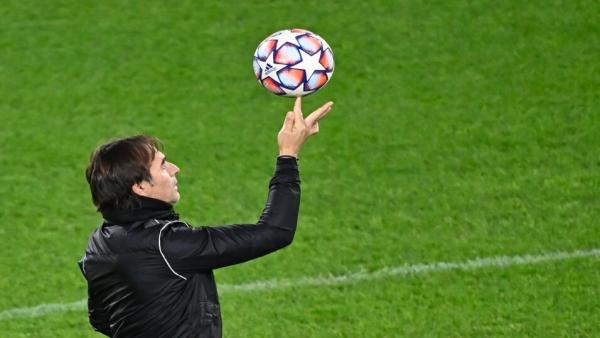 Contrast this with Sevilla, who come into this on a run of nine straight wins in all competitions. They are superbly drilled by Julen Lopetegui and haven’t even conceded a goal in their last six, led at the back by the fantastic Jules Koundé, who was rested in Saturday’s win over Huesca. Sevilla are lacking their creative muse, the injured Lucas Ocampos, but new signing Papu Gómez has stepped in and it will take a huge upturn in BVB’s form and sang froid if they’re to take anything home from Andalucia.

What The Stats Say: Bad news for Liverpool as Opta reveals Chelsea improvement
1 hour ago