Dier misses out in provisional squad

With 12 of the 33-man squad taking part in the Europa League and Champions League finals, Southgate has taken a cautious approach and named a provisional squad before cutting seven players for his final 26-man squad on 1 June.

While the spine of Southgate’s squad that made the World Cup semi-finals in Russia remain, 21 of the 33 included in this provisional squad are hoping to play in their first senior tournament – showing just how many young stars have emerged over the last few years.

England have been trimmed slightly to join France as 5.59/2 joint-favourites to win Euro 2020 given the home advantage and the talented youngsters that now fill this squad.

Eric Dier is the biggest named casualty but not a total surprise given that there are clearly better options at both centre half and midfield, with 26 players to select he no longer gets in purely for being versatile. 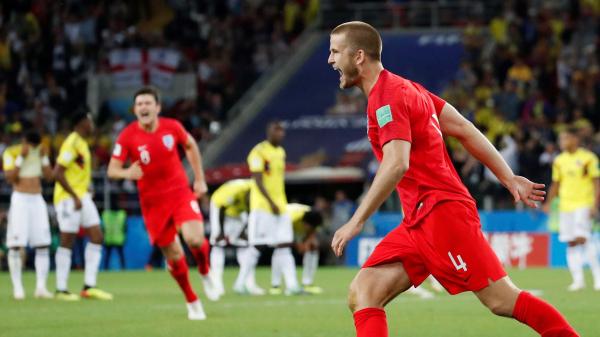 Three new faces have been included, with Aaron Ramsdale set to fight it out with Sam Johnstone for the third keeper spot after Nick Pope’s untimely injury.

Ben Godfrey has been excellent for Everton and Ben White has played under Marcelo Bielsa and Graham Potter and is a footballing centre back. They’re most likely to miss out but Tyrone Mings and Conor Coady need to be on their toes to fend off the competition.

Liverpool right-back Trent Alexander-Arnold is back in the fold after being dropped for the World Cup qualifiers in March, but with Reece James, Kyle Walker AND Kieran Trippier also included Southgate has done little to settle the debate. At least he made his mind up on Aaron Wan-Bissaka who has missed out this time.

On the face of it, it’s a strange one as Southgate will not be taking four right-backs and he must know who he prefers by now, although James and Walker are, of course, two of a large group of the squad who are in European final action in the coming days.

But the move will add to the agony of the unlucky man to miss out – and it will probably be just one given Walker can also play in a three-man defence so Southgate will likely add a couple more right-backs to the squad.

They’re all good options and everyone will have their favourites – most importantly Southgate does and he’s a big Trippier fan, but it’d be incredible if a player as good as Alexander-Arnold didn’t make it. It would also instantly put the manager under pressure before a ball has been kicked.

✅ We’ve seen the 33-man squad but who are your nailed on England starters to face Croatia?

Harry Kane at 1/33 leads the way in our odds with Mason Mount and John Stones at 1/12. pic.twitter.com/GmtHESSvrP

For the record, I think it’s between James and Trippier to miss out. The Atletico man’s main strength is his delivery but Alexander-Arnold trumps him on that front now, and the Liverpool man also has that x-factor that no other full-back in world football can match.

Although Jesse Lingard and Mason Mount have been named as midfielders, they’re attacking threats in their own right, and that means there are 12 ‘forwards’ in the squad that Southgate has to try and whittle down, let alone trying to fit into a starting XI.

Harry Kane is the favourite to be top scorer at 6.05/1, while Mount is second-favourite to be Young Player of the Tournament behind only team-mate Phil Foden at 4.57/2.

All three are firmly in the ‘must-start’ category, but then there are some real tough choices to be made with the prospect of Jadon Sancho and Raheem Sterling playing for the same place in the team.

Marcus Rashford looks like being a game-changing substitute with his Man Utd team-mate Mason Greenwood and Ollie Watkins both going for the third striker role behind Kane and Dominic Calvert-Lewin. Patrick Bamford can count himself particularly unlucky to not be given a chance, while ill-timed injuries cost Danny Ings.

Finding a position for Jack Grealish is another huge dilemma for Southgate to solve, and that is something he’ll have to work on in their two friendlies against Austria on 2 June and Romania on 6 June.

England take on Croatia in their Euro 2020 opener at Wembley on Sunday 13 June.