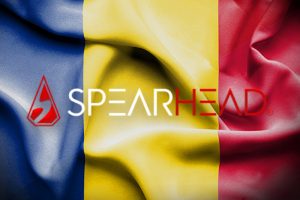 Young online casino games studio Spearhead Studios has celebrated another important milestone as it looks to grow its regulated footprint.

The company’s portfolio of online slots and table games was recently certified by Romania’s National Gambling Office (ONJN), which means that Spearhead can now offer its titles to locally licensed operators.

After finalizing the process of getting its library certified in Romania, operators holding an ONJN license and servicing Romanian players will gain access to hit Spearhead games, including the likes of Lara Jones Is Cleopatra, Popstar, and Wilds of Wall Street.

Spearhead Studios is the game development arm of multi-product gambling software provider EveryMatrix. The studio was launched last fall and comprises a team of industry experts.

Its portfolio includes 20 gaming titles, including 18 slots and two table games. Spearhead debuted its first table game – European Roulette – this past March. The studio has reimagined the popular classic with smooth user interface and sleek visual design as well as a realistic 3D roulette wheel and authentic ball behaviors.

News about Spearhead obtaining regulatory green light to operate in Romania emerge after a busy July during which the studio rolled out five new games, including its Giant Panda slot and Blackjack, its second table game.

A Young Company with Big Ambitions

Aside from Romania, Spearhead’s casino content is certified by competent regulators in Malta, Sweden, Spain, Denmark, Latvia, Lithuania, and Estonia.

In June, the iGaming developer also celebrated its entry into its first non-European market. Its games were certified to be provided in Colombia, one of the most lucrative markets in the Latin American region.

Commenting on their Romanian entry, Spearhead Studios Managing Director Mathias Larsson said that they are a “young company with big ambitions” and that getting their games certified in different jurisdictions is what will help them “push through and bring excitement to players around Europe and beyond.”

Spearhead anticipates to obtain more licenses and certifications in the coming months and enter more new markets by the end of the year, as Mr. Larsson has himself said earlier.

Mr. Nyman brings wealth of experience into EveryMatrix as he specializes in new market entries and strategic partnerships. He played a pivotal role in NetEnt’s debeut into the regulated US gambling space.

EveryMatrix also revealed that its iGaming and Integration Platform, CasinoEngine, will be its leading product for its US expansion after it has enjoyed “massive success” across a number of European markets.

Colorado State vs Fresno State Odds and Picks
5 mins ago

Genting Group arrives in Miami on a monorail
8 mins ago

Best bets from Finger Lakes on Tuesday
1 hour ago