Kedon Slovis and the USC Trojans look to takeover the Pac-12 this season. The Trojans host Arizona State in their first game of the season. (Photo by Brian Rothmuller/Icon Sportswire)

The college football season has been going on for over a month now, but with the impending return of the Pac-12 on November 7th, along with the Big Ten two weeks prior, Saturdays will finally feel truly complete soon.

With intriguing matchups like Arizona State vs. USC, Stanford vs. Oregon, and Arizona vs. Utah slated for opening weekend, the slate of College Football odds is only getting better going forward.

The most exciting matchup of the Pac-12’s opening weekend will undoubtedly be the battle between Kedon Slovis’ USC Trojans and Jayden Daniels’ Arizona State Sun Devils. Both players emerged in a big way in 2019, and the expectations are through the roof heading into 2020.

As a freshman, Slovis took over for an injured JT Daniels and never looked back. He played so well that Daniels left for Georgia and Bryce Young rescinded his commitment to USC and went to Alabama instead. With Slovis completing 72% of his throws for 3,502 yards and 30 touchdowns, it quickly became clear that this was his program now.

His counterpart to open 2020 had a similarly successful freshman campaign. Jayden Daniels, a more dual-threat player, completed 60% of his attempts for 2,943 yards, 17 touchdowns, and just two interceptions. Additionally, he added 355 yards on the ground and three more touchdowns as well.

The edge here goes to USC, not because the Trojan defense is elite, but because it’s adequate. The unit could use some upgrading, but it’s still a step above the Sun Devil defense that ranked 115th in passing yards allowed and 92nd in passing touchdowns allowed a year ago. Kedon Slovis couldn’t have asked for an easier unit to open his sophomore campaign against. It’s tough to see the action not being heavy on the USC side of the coin in the coming weeks.

The Post-Herbert Era Begins in Eugene

If Justin Herbert was one year younger, the expectations in Eugene would be sky-high for 2020. Instead, he’s now tearing it up in the NFL, and the Ducks will ride with  Tyler Shough, a guy who’s thrown 15 passes in college. Football is a team game, but that kind of inexperience at the sport’s most important position is still very difficult to deal with.

The best comparison for this Oregon team is, ironically, the 2019 Auburn team that beat the Ducks in the season opener. That was a Tiger team that had elite units and several key playmakers in their final year, but it was quarterback inexperience that proved to be their undoing in a few key moments.

That could prove to be especially concerning against a veteran Stanford defense. Three of the Cardinal’s four starting linemen are upperclassmen, and the same holds true in the linebacking core. Redshirt seniors Curtis Robinson and Jordan Fox will lead that front, and the back end will be manned by two more upperclassmen at safety, including another fifth-year senior in Malik Antoine.

Stanford is coming off a 4-8 year, so public opinion is down on the Cardinal, and it wouldn’t be shocking to see this line move in the Ducks’ direction. David Shaw’s track record is a strong one that suggests 2019 was an aberration, however, and Stanford could end up being an extremely valuable side when November 7th arrives.

It feels like yesterday that Washington was the undisputed king of the Pac-12, led by head coach Chris Petersen. After three straight seasons with double-digit wins, an 8-5 record a year ago suddenly brought a stale feeling to Seattle. Petersen knew that, and he elected to get out when it felt early, as opposed to staying until things truly went downhill.

That is why 2020 and beyond is so exciting for Washington. The foundation built by Petersen still exists, and his former defensive coordinator Jimmy Lake will bring a new energy that just builds on that foundation. There’s no rebuild required in Seattle, just a new voice and a renewed energy.

Now, as Lake’s defense prepares to open the year, it has to be licking its chops. In 2019, the California offense ranked 110th in the nation in yards per play, and 102nd in first downs gained. It wasn’t just an unproductive unit, but also an undisciplined one. The Bears ranked 116th nationally in offensive penalty yardage.

Getting Washington at under a touchdown is so valuable it feels like stealing. 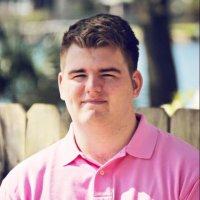 With four years as radio host with The Ticket Sports Network and various written contributions to publications such as Fansided, Southbound and Down, and Last Word on Sports, Jake Mitchell comes to SBD with NFL, NBA, NCAAM, NCAAF and MMA know-how you can count on.

With four years as radio host with The Ticket Sports Network and various written contributions to publications such as Fansided, Southbound and Down, and Last Word on Sports, Jake Mitchell comes to SBD with NFL, NBA, NCAAM, NCAAF and MMA know-how you can count on.

Best bets from Finger Lakes on Monday
27 mins ago