It’s hard to keep making cuts. Rory McIlroy has made 22 in-a-row on the PGA Tour and he’s one of only ten players on the PGA Tour currently on a streak that’s into double figures. Rory’s also made the weekend in each of the last nine years at US Masters, since he missed the cut on his second visit ten years ago so odds of 1/14 about him being here for the weekend are fair enough.

I prefer the odds on my wagers to be considerably better than that and odds-against at least so I’ve tried to find someone else on a decent run of weekend employment and the one I quite like is Berndt Wiesberger. 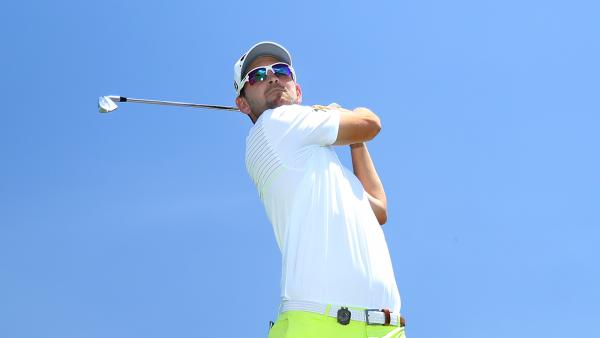 The Austrian has had a quiet year so far after a stellar 2019, in which he won three times on the European Tour, but he’s been going about his business nicely enough. He failed to make the weekend in his first event after the restart, at the Memorial Tournament in July, but he’s made all nine cuts since. He’s also played Augusta four times and made the weekend every time suggesting there’s absolutely nothing wrong with the 4/6 on offer about him being here for the weekend again but the price I like is the 11/8 about a Top-40 finish.

For my next bet, I’m returning to a tried and tested old favourite that pays out year after year – a Hole in One in Round 4.

There was a time you could plough in to the hole-in-one on the 16th on a Sunday at some very juicy prices and one firm went 8/1 only three years ago but the penny appears to have finally dropped.

Up until 2004, there had only ever been 13 hole-in-ones at the US Masters but we’ve seen 17 since then and 15 were at the 16th. And all bar one occurred on the Sunday, when the pin is always placed in a collection area. The price has been cut from 7/4 to 6/4 but that’s still bigger than last year’s 13/10 and given we’ve seen seven there in the last four years, that price is more than fair. There is a risk that with the absence of spectators, they’ll change the pin position for the first time in years but I think it’s worth chancing that they won’t.

Here’s Justin Thomas making his ace at 16 last year, not long after this year’s favourite, Bryson DeChambeau, had also made one. And look how close Jon Rahm had come to another.

Also in the three-ball on that clip was the three-time Masters winner, Phil Mickelson, who eventually finished 18th and he arrives at Augusta in very strange form this time around. Now 50, he’s won his first two events on the Champions Tour recently and he also finished second at the ultra-competitive WGC – FedEx St Jude Invitational in July but he’s been out of sorts on the PGA Tour of late. So much so, that Bubba Watson is a very strong favourite in the Top Lefty market.

The other two lefthanders in the field this week are the Canadian veteran, Mike Weir, and the Chinese amateur, Yuxin Lin. They both look readily opposable so the industry-wide best of 9/4 about Mickelson looks worth chancing.

Watson, himself a two-time winner, is coming into the event in decent form this year but that may heap on some unwanted expectations and I don’t like the weather forecast for Bubba either. He should, on current form, be the lefty to beat this week but he has a propensity to sulk and to go AWOL and a day of rain on Thursday might just encourage him to do so.

Cameron Smith was one of my three Find Me a 100 Winner picks and he looks a fair price to finish the week as the Top Australian too.

Jason Day heads the market and he a very good record here. He was also in with a chance of winning the Houston Open on Sunday until a poor final round did for his chances, so he’s expected to go well, but he’s very in-and-out. I’m happy to swerve him. That only leaves Smith, the largely out-of-form pair of Adam Scott and Marc Leishman and the amateur, Lukas Michel.

Smith has been in very fine of late, he was fifth here two years and he looks a fair price at 3/1 to be the on top of the small pile from Down Under.

Finally, there are lots and lots of #OddsonThat options to trawl through but the one I liked at a really juicy price was D Johnson Top 10 Finish, R McIlroy & T Finau Top 20 Finish (inc. ties) and D Willett & G Woodland both to Miss the Cut at 30/1.