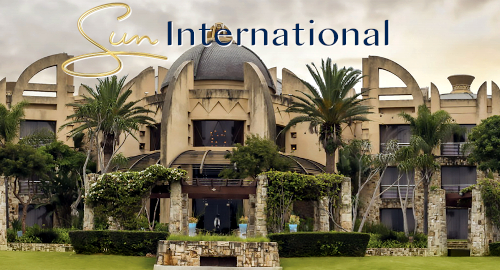 South African casino and hospitality operator Sun International could cut 2,300 local staff from its payroll as it adjusts to a shrinking geographical presence and COVID-19 restrictions.

This week, Sun International released its financial report card for the six months ending June 30, during which revenue totaled a mere R3.7b (US$223m), less than half the sum generated in the same period last year. Adjusted earnings fell 96% to just R79m, resulting in an operating loss of R706m.

All of Sun’s retail properties were forced to halt operations due to COVID-19 and thus all geographic segments contributed to the H1 decline. South African revenue fell 55% to R2.47b, Latin America was down 58% to R1.17b and Nigeria & eSwatini also fell 58% to R66m.

It’s important to note that Sun is in the process of exiting its LatAm operations in Chile, Argentina and Peru following last month’s agreement to sell Sun’s majority stake in the Sun Dreams casino and betting business, which had been struggling long before COVID-19 took hold.

Sun’s South African casinos saw their revenue fall 56% to R2.1b, while the Sun Slots limited payout machine (LPM) unit was down 52% to R303m. The SunBet unit was off 26% to R51m as the pandemic put a halt to most major sports activity.

Some South African casinos began to reopen on July 1, albeit at 50% capacity and with limited hours of operation, while their bar and restaurant operations remained closed. Sun said casino gaming revenue through July was around 39% of July 2019’s figure, but the first 27 days of August showed that figure rising to 56%.

July’s LPM revenue was 49% of July 2019’s take and rose to 74% in August. The SunBet venture benefited not only from its online presence but also the resumption of sports activity, as July and August’s (albeit minor) betting revenue was actually slightly ahead of last year.

The flagship Sun City property is reopening this week, but two other venues – Table Bay in Cape Town and Maslow Sandton – will remain closed until travel restrictions ease and a sufficient volume of foreign tourists return.

In April, Sun announced plans to permanently close two South African casinos and the company is now planning a much more significant retreat that could see payroll costs fall as much as 60%. Sun is undertaking a Section 189A retrenchment exercise, which allows companies to shed significant numbers of unionized staff if done for operational requirements.

Sun says the retrenchment will most directly impact its Sun City, Maslow Sandton, Boardwalk, Table Bay and Wild Coast properties and “would likely have occurred irrespective of the COVID-19 pandemic.”

Sun CEO Anthony Leeming said the company had been forced to make “some painful decisions,” but the staff reductions, along with the R1.2b the group raised through last month’s rights offer, will put the company “on a sound footing” as it continues to emerge from pandemic lockdown.

Leeming said the company would “probably not” have sold its LatAm unit were it not for the pandemic but ultimately struck a philosophical note, saying the LatAm adventure was never “a disaster, but it hasn’t been a roaring success either.”