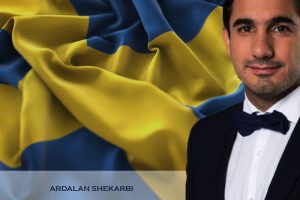 Since the Swedish government first opened up the topic of the potential implementation of deposit and loss limits on online gambling products, locally licensed operators have been trying to convince lawmakers that such a measure would only reduce the regulated Swedish market’s already low channelization rate.

In its latest effort to prevent further restrictions from being introduced, Sweden’s Trade Association for Online Gambling (BOS) on Monday presented seven “fact-based measures” that the government could implement and that would “improve consumer protections without damaging the important channelization.”

Earlier this spring, Sweden’s Social Security Minister Ardalan Shekarabi proposed the implementation of deposit and spending limits on all online gambling products. The proposed measure was met by the sector with strong criticism, with stakeholders, both state-owned and private, arguing that Minister Shekarabi’s plan was “unrealistic” and would only drive gamblers away from the regulated market.

The Social Security Minister later tweaked his proposal to call for the implementation of deposit and spending limits on online casino products only, as casino games “according to research, have the greatest risk of problem gambling.”

According to a new report commissioned by BOS and conducted by independent research firm Copenhagen Economics, deposit limits would result in channelization for online casinos falling from “an already low 75% to an even lower 52-63%.” In other words, around a half of all bets would be placed with unlicensed online gambling operators.

Introducing his updated proposal for the implementation of deposit limits on online casino games only, Minister Shekarabi said that the measure, which is intended to take effect July 2, aims to better protect consumers.

The government argued that gambling in general, and playing at online casinos in particular has increased during the coronavirus crisis. However, in its recent report, Spelinspektionen said that there wasn’t increased online gambling activity in Sweden during the global health emergency.

Of Minister Shekarabi’s plan, BOS CEO Gustaf Hoffstedt has said that it is “not intended to affect consumer protection, but […] to provide competitive advantages to the gaming companies in which the government has interests.”

In a Monday statement, BOS’ chief along with the CEOs of the association’s members (major online gambling operators and content providers) proposed seven measures that could be implemented as the government looks for ways to approach the consumer protection subject.

The first measure proposed by BOS and its members involves expansion of Sweden’s licensing requirements to cover iGaming content suppliers as well as companies that provide customers. These should be awarded B2B licenses from the Swedish Gambling Authority. This measure will increase Spelinspektionen’s ability to “regulate the market and prevent the black market from targeting Swedish gamblers.”

Another measure calls for an IQ campaign for the gambling industry that “could serve as inspiration for a proactive information portal” and would increase public awareness about Spelpaus, Sweden’s nationwide self-exclusion register, and other regulated consumer protection tools.

BOS also said that the industry and consumers can benefit hugely from data collection. The association urged the government to task Spelinspektionen with requesting regular reports from its licensees with anonymized data on customers’ gambling behavior. This would increase “understanding about gambling habits and identify any systematic problems.”

Data sharing between gambling companies, risk ratings for players not for products, extension of Spelinspektionen’s mandate, and extension of the Duty of Care to a wider number of industries have too been among the measures proposed by Sweden-licensed gambling operators as an alternative to Minister Shekarabi’s plan.