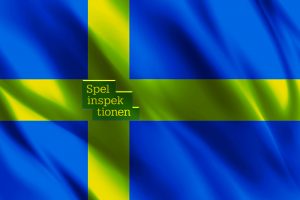 Betsson was slapped with a SEK20 million (approx. $2.1 million) fine and a warning for allowing its Swedish customers to fund their online accounts through unauthorized retail vouchers. In addition, the Swedish gambling regulator has ruled that the operator has offered illegal bonuses to its Swedish customers through a branded Mastercard.

Each of the two services were launched in the spring of 2019. Betsson has teamed up with Swedish convenience store chains Pressbyrån and 7-Eleven to offer vouchers that gamblers could purchase and fund their online gaming accounts with the operator.

In its ruling, issued Wednesday on its official website, Spelinspektionen said that Pressbyrån and 7-Eleven have acted as gambling agents under the Swedish Gambling Act, which took effect in January 2019. The vouchers they sold could only be used to fund accounts on Betsson’s locally licensed website.

However, the gambling regulator noted that it has not authorized the two chains to sell vouchers and has penalized Betsson for selling vouchers through unauthorized agents.

In addition, the gambling operator was found to have offered benefits to customers via a Betsson Mastercard. Betsson players were offered a limited edition credit card that was linked to their accounts with the operator.

Customers were able to use the card to deposit money into their accounts. Betsson Mastercard cardholders received different special benefits such as tickets to sporting events.

Spelinspektionen said that the special offers had an economic value and constituted a discount of financial incentive. These offers thus violated Swedish bonus regulations, which limit licensed operators to offering their customers a single bonus upon opening an account.

In separate news, Spelinspektionen announced that it has fined Bethard SEK400,000 (approx. $43,412) for offering and taking bets on football matches in which the majority of players were under 18.

In July 2019, Bethard was one of a host of operators penalized by the regulatory agency for offering betting on Sweden’s U19 league. The company was hit with a SEK2.5 million (approx. $271,326) fine, which it appealed in the Administrative Court in Linköping.

Bethard has a multi-brand portfolio, the majority of which is licensed to operate in Sweden, including its flagship Bethard brand as well as local brands such as Scandibet.com, Svenplay.com, and Sverigecasino.se, among others.

Gambling News
Finally able to cash out my ROY bet.
2 mins ago
0 0

Bolivia vs Uruguay & Chile vs Paraguay Odds & Picks
57 seconds ago

Finally able to cash out my ROY bet.
2 mins ago