It’s another two-course split on the PGA Tour this week with the North Course and South Course at spectacular Torrey Pines hosting the latest edition of the Farmers Insurance Open.

As usual, there’s one pre-cut round at each before the South stages the final 36 holes.

The action at the lengthy 7,700 South will be scrutinised even more closely this year as, in June, it stages the US Open for the first time since Tiger Woods won on one-leg there in 2008.

There’s no Tiger this week, leaving Jon Rahm and Rory McIlroy as the star turns. Rahm won here as a 50/1 shot on debut in 2017 and has course form of (1-29-5-2). Rory has played it twice, finishing fifth and third.

That may point you to that pair but they’re not for me at 13/2 and 7/1 respectively. Rory flies in from a disappointing final day in Dubai while Rahm has new clubs to bed in. They’re obviously keen to get a sighter ahead of the US Open so this may slightly take the form of a dress rehearsal.

But their past exploits at Torrey Pines do at least point to a key element this week: course form counts for a lot.

But it’s another Aussie who really takes my eye this week – Adam Scott.

The latter confirms that Scott can putt well on Poa Annua surfaces – or at least well enough to win.

His last start on West Coast Poa Annua saw him win the 2020 Genesis Invitational at Riviera where he was 27th for SG: Putting. He was 16th for SGP when runner-up at the L.A. event in 2016.

Recording a positive SGP number on his latest start at the Sony Open two weeks ago suggests the flatstick can play its part here.

When Scott walked into his press conference after finishing runner-up in this event in 2019 he joked: “This is a piece of cake. I can’t believe I’ve been missing it all these years.”

He elaborated further. “I’ve been coming to this area for a long, long time. It’s one of my favourite spots in the States, I’ve got a lot of friends down here, I’ve enjoyed surfing here for like 15 years, so it’s kind of my spot where I’ve always come to surf in the States.”

Scott only didn’t play in it as he wanted a break after contesting the Aussie events in December.

This time he had his rest after The Masters, taking a couple of months off before finishing T21 and T41 in the two Hawaii events.

Bubba Watson may be a little further down the betting than he should having not played since a disappointing week at The Masters.

Watson went in search of a third Green Jacket after T4 in the ZOZO (played in California) and T7 at the CJ Cup.

But a Masters in November without the usual visuals rather threw him; Bubba cut a frustrated figure and eventually fell out of the top 50 after a closing 78. 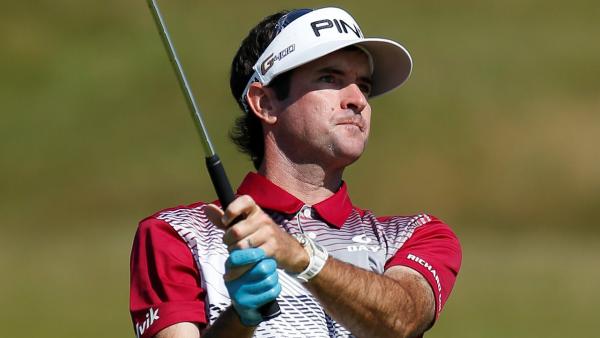 However, the idea that the left-hander should be backed at venues where he’s won before remains a solid one. And, as a past winner here, it’s time to try that strategy again.

Bubba used to be a regular at Torrey Pines and built on a top four in 2007 and a seventh in 2009 by winning the 2011 edition. He added T13 and T23 in his next two visits but then removed it from his schedule.

That seemed a little odd given his liking for the place but he returned last year, enjoyed the familiarity and finished tied sixth.

One of Bubba’s other go-to courses is another California track, Riviera. He has three wins there (2014, 2016 and 2018) and, overall, no player in this field has more wins on Poa Annua wins than Watson’s six.

The one obvious fly in the ointment could be his lack of a recent start; this is his first outing since The Masters.

But the 42-year-old was sixth on his seasonal reappearance here 12 months and is a player who has often gone well after a break. Rewind to the 2014 Masters and he won that after pulling out at Bay Hill following an opening 83 three weeks earlier.

Some Bubba quotes at Torrey. You have to go back a bit but how about these from 2012:

“The South course has been one of my favourites. It’s just a great test of golf. You’ve got beautiful scenery. You’ve got a beautiful city. You’ve got history behind the tournament, obviously. But it’s all about the beauty around this golf course, and it’s a public golf course. You’re letting everybody come play it.

Bubba will be in his comfort zone here and that makes him a danger at 40/1.

If I’m leaning on course form this week, a couple of players need a close look.

The first is Brandt Snedeker, who has a ridiculously good record with two wins, two seconds and another third last year.

But a pair of missed cuts to start the year added to some average form in 2020 so I can’t quite pull the trigger.

However, it could be worth giving Charles Howell III a go at three-figure price.

He went to another of his favourite tracks a couple of weeks ago and took T19 in the Sony Open after closing 66-64.

At this week’s course he has no less than eight top 10s and hasn’t been outside the top 20 in his last five appearances. That run includes a second place in 2017, tied sixth in 2018 and tied fifth in 2015.

Why does he like the course? “I just like the fact that it’s hard but it’s fair, there’s no tricks to it, there’s no gimmicks out there.

“I think that’s kind of what I like about it. You don’t have to go make a whole
bunch of birdies or you feel like you fall behind; pars are okay.”

A winner on the Poa Annua of Riviera in 2013, he likes these surfaces. That’s shown by him finishing in the top 12 for SG: Putting in four of his last five starts at Torrey Pines.

Sure, he doesn’t win much although he did add a third PGA Tour success in late 2018.

But 100/1 has each-way appeal and Howell III is certainly capable of cracking the top eight.

Milwaukee vs Cleveland State Odds and Picks
38 mins ago