The best of the specials markets

There’s a more traditional preview of this match available right here but if it’s the fascinating markets of corners, cards and the ever-exciting same-game multi-bet that you’re interested in, you’ve come to the right place. We’re going to give you a good value bet for each ahead of what is clearly the eye-catching game of the round.

Last season it was a pretty safe bet to go for Liverpool when at home in the ‘most corners’ market. They managed it in 68% of their matches at Anfield, including when they hosted Arsenal, getting six to the Gunners’ four. But it’s just 1/4 they manage it again and whereas they may well overcome a -3 handicap at evens (remember you’d need then to get at least four more than Arsenal to win), I think that’s just a bit of a speculative punt than a bet based on solid stats.

The corners bet I’m interested in is that it’s Arsenal who can get to five (Away total corners over 4.5), which is available at 31/20.
That they managed it in 52% of their away matches last season suggests there’s a bit of a value there but the tell-tale sign we may be onto something is that they got to that five corner mark a lot more often in the back end of last season. In other words, when they were beginning to play ‘the Arteta way’. Since his first away match in charge of the north London outfit, he’s overseen seven incidents of his team getting to at least five corners, in 10 away matches. 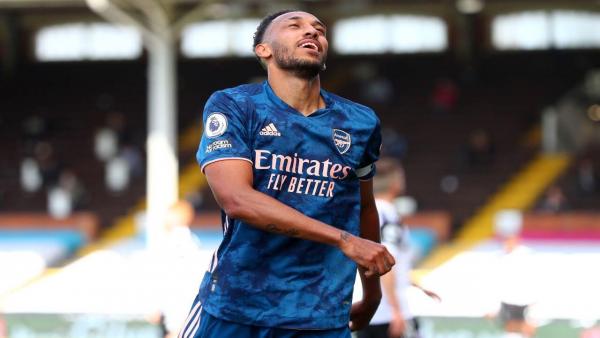 Liverpool allowed the opposition to get to five corners in five of their last eight home games last season, just another stat that backs up the view that the price on Arteta’s men managing over 4.5 corners should be a shade of odds-on, rather than the quite genererous 31/20.

Gunners can easily have three in the book

It’s also worth focussing on Arsenal when it comes to the bookings markets. As is the case with most of the world’s best teams, Liverpool players don’t get carded too much, quite simply because they don’t need to.

Given that for large periods of the game they’re the ones who always have the ball and don’t find it too hard to get it back when they don’t, it’s not surprising they’re not getting carded much. Over the course of 19 home games last season, only on two occasions did they pick up more than two yellows at home. But unsurprisingly, the Sportsbook isn’t oblivious to this, making it just 1/2 that they get under 20 points (two yellows) on Monday night.

Arsenal are nicely consistent in their own bookings counts away from home. In 63% of their away games last season, they got at least 25 points (at least one one red, or at least three yellows) and again, we can see the difference since Arteta arrived. Since his debut as Arsenal manager in late December, they got at least 25 points in eight of their ten away matches, proof that the former Everton midfielder isn’t too fussed about a few acts of indiscipline if it’s for the greater good.

Salah among the goals

Liverpool’s forwards really have enjoyed themselves against the Gunners at home over the past few years. There have ben a couple of times when they’ve scored plenty and not actually gone on to win the game but the interesting bit is how easily they’ve scored against this lot when in Liverpool. Their last few results at home read: 5-5 (EFL Cup), 3-1, 5-1, 4-0, 3-1, 3-3.

Is it likely they’ll score three goals here? The stats suggest it is so we have to consider the 6/4 that they’ll get over 2.5 goals a pretty decent price.

And we’ll round off the same-game multi-bet with a punt on Liverpool’s big star being among the goals. Not only did Mo Salah start the season well with a hat=trick but he has a fine scoring record in this particular game, with four goals in his last three home starts against Arsenal. The double comes to 3.15.