The playoffs are upon us

One game at a time

The playoffs are upon us and hopefully you are fighting it out for a title. Some of you may even have a bye. Playoffs are, of course, all about winning now so we are going to look at the little things that can make a difference for you in week 14. The key thing to remember is you have to win this week, or you won’t have a game to worry about next week. You need to be making short term decisions and just worrying about getting to the next game.

The easiest place to pick up points is by picking the right defence. We discussed streaming a few weeks ago and now is the time to really put it into action if you haven’t already. There are defences out there that are not only likely to put up a big score, but they are likely to be available.

The first of those is the Seattle Seahawks. They have been bad this season. They give up way too many yards through the air and they are a great matchup for opposing quarterbacks because of that. But what they do is get after the quarterback and they can rack up the sacks against the leaky Jets offensive line. They have so many ways of getting pressure on and Jamal Adams will want to show off against his old team. Any player props involving him are certainly worth looking at when the lines come out.

Then you have the Saints. More likely to be picked up already but if they are out there you need to get them. They are likely to get Jalen Hurts making his first ever start in the NFL and they are a team that has really shown up defensively over the second half of this season. They will give him a torrid time.

Sort out your quarterbacks

Another easy place to find an edge is at quarterback. Match up means so much once you get past the top 5 or so players and you can almost certainly improve your starter.

Philip Rivers has been on a bit of a hot streak and he will have a chance to continue that over the next two weeks. He gets the Raiders and Texans and he can tear them apart. He could be the difference between a first round exit and a championship.

I mentioned that he could have a tough task, but if Hurts does get the start then he could put up some fantasy points. It could be a high risk move but he is a dual threat and we see so often that these quarterbacks that can get it done on the ground have a really safe floor. If he can get 40 rushing yards, which is very doable, then that is an easy four points. Add in a touchdown and that is 10 before he has even passed the ball. It would be tough to start him over a safer bet, but he could be a league winner.

There are still players out there in leagues that can help you – many of which have been mentioned in these tips articles this season – but don’t let them sit out there without a home for much longer.

Wayne Gallman is getting all the work in New York and the Giants are benefitting from his production. He is solid every week now and you can play him with confidence.

The Rams backfield has been tough to work out this season but rookie Cam Akers is slowly making it his own. His touches keep trending up and he is looking more and more like a genuine NFL calibre player each week.

Finally one that hasn’t been mentioned before – Ty Johnson. The Jets running back took over from Frank Gore who went out with a concussion and turned that opportunity into 104 yards. Adam Gase seems to stick with one guy and while Gore is on the sideline, Johnson should get lots of volume. 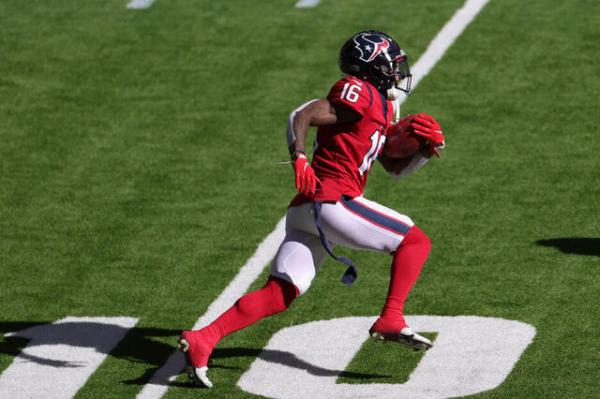 Coutee is must add

At wide receiver there is one name that stands out above the rest and that is Keke Coutee. He is absolutely must add this week. Pretty much all his fellow Texans receivers are now out for various reasons, making him the number one target of one of the league’s best passers. He has a massive 141 yards last week and we can expect him to be touching on double digit targets the rest of the way. Get him on your roster and in your lineups.

Other players to target this week would be Logan Thomas, Tim Patrick, TY Hilton and Myles Gaskin. These players may have been dropped in recent weeks after suffering injuries or some downturns in form but they can be difference makers for your team.

Best bets from Turf Paradise on Monday
28 mins ago