Thursday’s tips and insight in one place

Gold Cup day at Royal Ascot is the best punting card of the week so far says Tony Calvin, and our resident tipster is going to war with eight recommended bets…

“He was clearly fancied by some as he went off a 7/2 chance on his debut at York – though his trainer afterwards said he looked a bit “porky” in the paddock – and he didn’t disappoint them, travelling well throughout, finding once asked, and winning a shade cheekily by a head.

“That win stacked up very well on the clock, and the second, third (who absolutely gagged up, by the way) and fourth all won next time, and he is a very fair 12s poke, even if his 16 of 16 draw is a touch worrying if changing ground changes the tactics dynamic.” 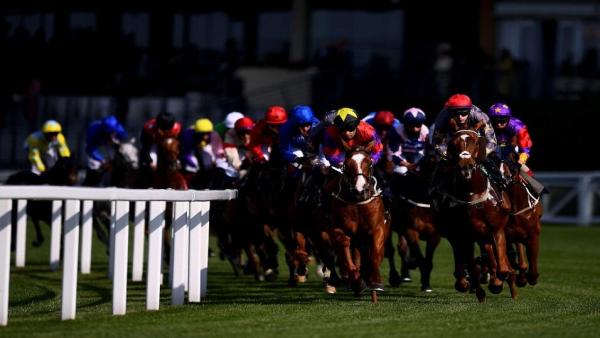 Ryan Moore has another full book of rides at Royal Ascot on Thursday, but with rain in the forecast the weather could play a big part in some of their chances…

Of his Hampton Court Stake runner Roman EmpireRyan says: He didn’t shine when I rode him over 1m on soft ground at Gowran on his return but he had a few worried when going from the front and still leading going into the final furlong in the Dante last time. His fourth there gives him as good a claim as most in here, and we know he has soft ground form if we do get a lot of rain.”

Timeform say: “There are plenty of progressive fillies on show here, but the Roger Varian-trained Eshaada has made a deep impression winning both of her starts so far, overcoming greenness on debut at Nottingham last year, and showing much improved form when winning a listed event on return at Newbury last month. She has several of these in behind that day and appeared to have a bit up her sleeve, so she is fancied to maintain her unbeaten record up in trip and class.”

Timeform bring you their comprehensive runner-by-runner guide to the Gold Cup at Royal Ascot on Thursday and pick out their 1-2-3.

Timeform say: “The outstanding stayer of recent times who recorded a third successive win in this race 12 months ago. He also went on to record a fourth success in the Goodwood Cup. Made a perfect return to action when winning the Sagaro Stakes (2m) here last month, doing just enough once in front. The one to beat as he goes in search of a record-equalling fourth win.”

Joseph says: “Grid made it fifth-time lucky when winning a maiden at Cork in impressive style last time. We thought the handicapper might have been a bit harsh by raising him 11lb for that win, but the flip side is that the increase has allowed him to make the cut for this race. We have always felt that a strongly-run mile will suit him well and, while this is obviously a tough ask, we feel he is up to being competitive in it.”

Potential thunder storms could change the ground at Royal Ascot ahead of Thursday’s racing, but Kevin Blake has three tips that hopefully won’t be inconvenienced whatever the going.

Kevin says: The son of Camelot created an excellent impression when winning a handicap at Leopardstown back in April with a searing turn of foot. Indeed, his performance compared very favourably to Bolshoi Ballet’s winning performance in the Ballysax Stakes over the same course-and-distance that day.

It was so impressive that I had Sir Lamorak in mind as a potential lively outsider for the Derby, but he missed an intended engagement in a Derby trial at Chester and didn’t take his chance in the Derby itself. His connections have opted to carry top weight in this contest rather than take on the bigger challenge of the King Edward VII Stakes later in the week for which he was quite prominent in the ante-post market.