Tips for every fixture of GW13

Dortmund to secure successive away wins

A fourth winless game has seen Union Berlin lose ground on those above them, and they now take on a Dortmund side coming off a strong attacking display away to Werder Bremen. While the visitors are favoured to pick up a second straight win under interim boss Edin Terzić, Infogol anticipates a close-run contest at Stadion An der Alten Försterei.

Frankfurt to grab a long-awaited win

Augsburg ended a worrying winless run in midweek, with Jeffrey Gouweleeuw’s late goal settling a game of few clear chances in Bielefeld, but are expected to find it tougher against Frankfurt. Adi Hütter’s side will be frustrated to have thrown away a two-goal lead late on against Borussia Mönchengladbach last time out, but the attacking prowess shown in that game is something they can take forward.

Mainz to close gap to Werder with home win

Neither of these teams was able to record a win on Tuesday night, but Mainz have played better at home than their two points from six games suggests and can build on their goalless draw away to Hertha Berlin by taking all three points at Opel Arena. After doing the double over Werder last term, Jan-Moritz Lichte’s men will be confident of another victory this weekend.

Gladbach to take the points against Hoffenheim

Borussia Mönchengladbach were forced to dig deep for their point in Frankfurt, but an extra day’s recovery time can work in their favour as Hoffenheim come to Borussia Park. Sebastian Hoeneß’s side are coming off back-to-back defeats, albeit against sides flying high in the table, and an away record of just five points from six games – with an average of 2.05 xGA per game – won’t will them with confidence.

After digging in for a win away to Hoffenheim in midweek, a return to Red Bull Arena will give Julian Nagelsmann’s team a great opportunity to add to that result. Die Roten Bullen won this fixture 4-1 last season, and a home record of six from six this term – averaging 2.7 xGF per game in the process – explains why Infogol puts their chances of victory at 67%. 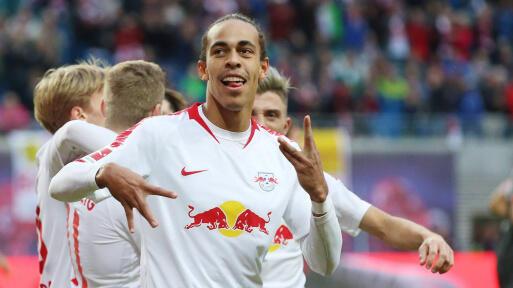 Schalke to edge slugfest at the bottom

After falling to a home defeat in the week, Schalke drew that bit closer to the Bundesliga record for games without a win. They probably won’t have a better chance of avoiding unwanted history than on Saturday, as they welcome an Arminia side with a solitary point on the road this season and a leaky defence on their travels.

Bayern to prevail as top two do battle

Despite losing just once this term, Bayern are a point off the pace in their bid to reclaim the Bundesliga title. However, they can move top by inflicting a first defeat of the season on Leverkusen and Infogol’s model backs the champions to do just that. Leverkusen failed to hold onto an early lead when these sides met in June, with the result contributing to their failure to finish in the top four, and this will be another tough test for the unbeaten league leaders.

After a big midweek win away to Schalke, Freiburg have a chance to earn three straight league wins for the first time since August 2019. Hertha lost 2-1 at the Schwarzwald-Stadion last term, with Nils Petersen netting the winner, and Infogol sees this as the kind of game which could easily go either way amid Hertha’s recent run of four games without defeat.

Wolfsburg to return to winning ways

Wolfsburg lost their unbeaten record last time out, slipping to a narrow defeat against Bayern Munich, but at least showed a decent amount of attacking threat. Opponents Stuttgart were similarly productive in terms of chances against Union Berlin, but failed to make their periods of dominance pay and this game could be a step too far when it comes to prolonging their recent unbeaten run.

Casino Efforts Continue in the State of Texas
55 mins ago

Oilers vs Leafs Odds, Preview, and Picks
1 hour ago