Tips for every fixture of GW15

Crotone moved off the foot of the table last time out, but any hopes of a march away from trouble are likely to be dented by a trip to face Inter. The Nerazzurri can temporarily go top with a win, and Infogol’s model gives them a huge 81% chance of doing so, with Antonio Conte’s men expected to have an easier time of things than in recent single-goal victories.

Atalanta to close in on top four

While Atalanta’s draw with Bologna left them playing catch-up going into 2021, the visit of a Sassuolo side against whom they scored eight times in two 2019-20 meetings is cause for optimism. The Neroverdi are in the top four ahead of their trip to Bergamo, but Gian Piero Gasperini’s side can move within a point of their opponents by securing a home win.

Napoli to return to winning ways

After a run of one point from three games, Napoli will be desperate to begin the new year with a win. Opponents Cagliari haven’t been in great from of late, averaging just 0.74 xGF in their last three games, and Rino Gattuso’s visitors will hope a few days’ rest allows them to rediscover a bit of form in front of goal following underwhelming displays against Torino and Lazio.

Fiorentina to build on win in Turin

Fiorentina’s 3-0 victory at Juventus was the standout result of the season so far, and Cesare Prandelli won’t want the performance to go to waste. The Viola have a chance to follow it up with a home win, and Bologna’s return of five points from seven away games ought to make the hosts confident… as should July’s 4-0 win against the same opponents.

Davide Ballardini got off to a winning start after replacing Rolando Maran in the Genoa dugout for his fourth stint in charge, but his first game at Luigi Ferraris may be a tougher prospect. Ballardini’s former club Lazio did the double over the Rossoblù last term, and Infogol’s model gives them a 49% chance of continuing their solid away form into the new year. 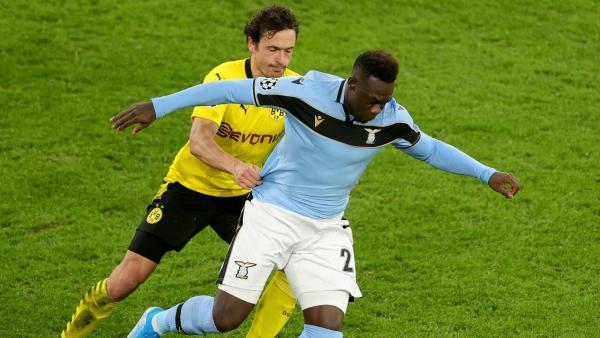 Parma to keep Torino bottom of the pile

Torino dropped to the foot of the table despite taking a point off Napoli in their last game, and a defeat against fellow strugglers Parma could see the gap to safety widen. Bremer’s first half red card set Il Toro en route to a defeat at Ennio Tardini last term, and Infogol gives the home side a slight edge this weekend despite Fabio Liverani’s men losing their last two games.

Both of these teams were involved in five-goal thrillers before the break, and there’s every chance this game is the highest-scoring affair of the weekend. Roma’s 17 points from seven games at the Olimpico represents the best home return in the league, and they’ll fancy their chances against a Sampdoria side averaging 1.9 xGA on the road.

Verona have lost just once away from home this season, while Spezia’s three points from seven at Alberto Picco is the joint-worst home record in Serie A, so it’s easy to see why Infogol’s model favours the visitors this weekend. The hosts are coming off a run of four defeats from five, though they have been better than those results suggest, and a shutout could well be key to Ivan Jurić’s men taking the points with just a 45% chance of more than 2.5 goals.

Milan to end Benevento’s march up the table

Benevento rode their luck a little last time out, winning in Udine despite their opponents dominating in xG terms, and they may need to withstand even more against table-toppers Milan. Stefano Pioli’s visitors needed a late Theo Hernández winner against Lazio to stay top at Christmas, and may well be made to work hard for the points at Ciro Vigorito, even if Infogol’s model expects them to prevail.

Juve to begin the year with a shutout win

Juve will be keen to show their defeat to Fiorentina was an anomaly, and they have a chance to set things right against an Udinese side who were blown away in the first half when the teams met at the Allianz Stadium in December 2019. Juve have the best home xGA record in the league, despite shipping three last time out, and have the goods to keep their opponents quiet on Sunday night.