Tips for every fixture of GW32

Verona have been struggling for form of late, so they’ll be grateful for the visit of a Fiorentina side averaging 1.73 xGA per game away from home. Ivan Jurić’s men haven’t lost to the Viola in the three meetings since their Serie A return, and Infogol expects the hosts to claim all three points to solidify their place in the top half of the table.

Milan to keep some distance in top four battle

Back-to-back wins have kept Milan in the box-seat in the battle to finish runners-up to Inter, and they just need to keep winning to ensure a first Champions League campaign since 2013/14. They host a Sassuolo side coming off back-to-back wins – with impressive performances to boot – but Infogol still backs Stefano Pioli’s men to maintain their lofty place in the table.

Bologna to keep Torino in danger

Back-to-back wins have given Torino belief they can avoid the drop, but their away defensive record could still prove their undoing. Davide Nicola’s team have averaged 1.8 xGA per game on the road, and might have a tough task ahead of them as they travel to face a Bologna side coming off a dominant attacking display in putting four past Spezia over the weekend.

Samp to claim a rare away win

Crotone continue to wait for their relegation to be confirmed, and their midweek opponents Sampdoria may see a trip to Ezio Scida as a great opportunity to earn what would be just a fifth away win of the season. Claudio Ranieri’s team came out on top in the reverse fixture, with both teams finding the net, and Infogol’s model foresees a similar outcome this time around.

With a seven-point cushion to the relegation zone, Genoa might only need one more win to clinch safety, and they’ll fancy their chances against a Benevento side sitting just below them in the table. Pippo Inzaghi’s visitors have averaged 1.84 xGA per game – home and away – and this could give the hosts a chance to score twice in a home game for the first time since February. 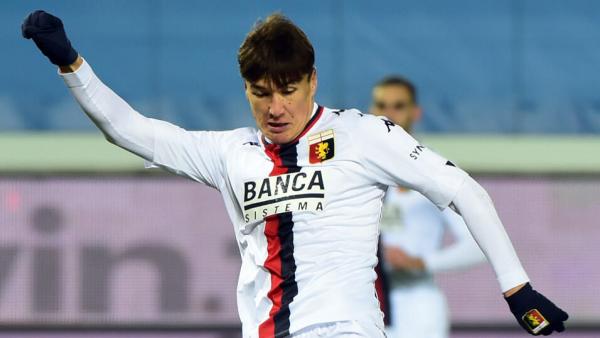 Juve to cling on to top four berth

Juventus’ chances of Champions League qualification are far from assured following a weekend defeat to Atalanta, but the visit of Parma to the Allianz Stadium will be a welcome sight for Andrea Pirlo. The visitors are averaging 1.79 xGA per away game, shipping four at Cagliari last time out, so it’s hard to see anything other than a home win.

Inter to return to winning ways

A 1-1 draw at Napoli didn’t derail Inter’s title bid all that much, and a trip to Spezia can give Antonio Conte’s team a platform to get another three points on the board. The hosts are averaging 1.26 xGF at Alberto Picco – one of the league’s weaker home attacks – and Infogol backs the champions-elect to put Vincenzo Italiano’s men to the sword.

Cagliari’s away woes to hold them back

A weekend victory may have kept Cagliari’s survival hopes alive, but Leonardo Semplici’s men are averaging 1.73 xGA on the road and will likely find it tough against an Udinese side who don’t give teams the warmest of welcomes at Friuli. Infogol’s model backs a home win which would leave the visitors with a race against time to avoid the drop.

Atalanta have developed a bit of a cushion in the top four race, and this could come in handy as they face a tough test at the Olimpico. Roma are averaging 2.18 xGF per home game, and Infogol’s model gives them the narrowest of edges against a team with one of Serie A’s best away records – despite Atalanta’s four-goal salvo in the reverse fixture in December.

Napoli to get the upper hand in battle of European contenders

Both these sides sit just outside the top four, meaning whoever tastes defeat at Stadio Diego Armando Maradona will likely have to wave goodbye to dreams of Champions League football. Infogol’s model expects Lazio to be the ones coming up empty, with Napoli’s solid home form helping them keep alive their hopes of a grandstand finish.