Tips for every fixture of GW7

Köln to relieve some pressure with away win

Köln are still after their first league win of the season, but have been better than their league position suggests and are unfortunate not to have more points after a number of solid but unrewarded performances. They can kickstart heir season in Bremen, with Infogol giving Markus Gisdol’s team a 41% chance of avenging their heavy defeat on the final day of last season.

Hertha to move up towards mid-table

While Hertha Berlin sit comfortably below Augsburg in the table, the two sides have performed at a similar level so far this season and Bruno Labbadia’s visitors haven’t had the kindest of fixture lists. The away side have the slight edge, according to Infogol’s model, having given a good account of themselves last time out against Wolfsburg, and can make up ground on their top-half hosts.

Mainz to win battle at the bottom

The Bundesliga’s bottom two sides meet at the Opel Arena, where Mainz and Schalke are both chasing a first win of the season. This game ended goalless last season, but Infogol backs Jan-Moritz Lichte’s hosts to get off the mark for the season in a game where neither defence looks sturdy enough to prevent the opposition from finding the net.

Leipzig to build on PSG win with comfortable home outing

RB Leipzig got their Champions League campaign back on track with a big win at home to Paris Saint-Germain, and can build on that with what looks – at least on paper – like an easier proposition in the league. Visitors Freiburg are winless in five, and Infogol’s model anticipates a 73% chance of a home win with both teams tipped to find the net.

Stuttgart have been a little shot-shy at home since their 3-2 defeat on the opening day, and they welcome a Frankfurt side who knocked on the door against Werder Bremen last week without finding a winner. The visitors are locked together on nine points with the home side, but Infogol tips them to pick up a good three points on the road. 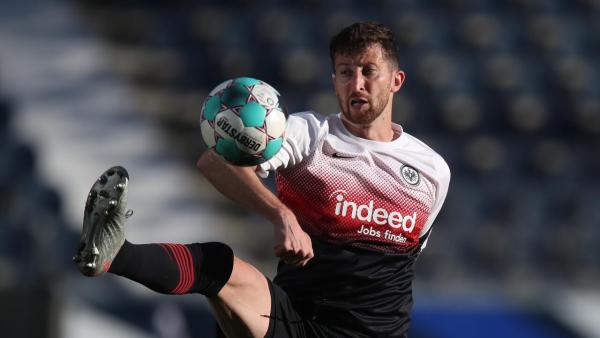 Union to make it six games without defeat

Union were good value for their surprise win at Hoffenheim last week, and have dominated on xG in each of their last four outings. Urs Fischer’s team drew twice with Arminia during their 2018/19 promotion campaign, but they are 49% to take all three points this time around with their visitors having lost four on the spin.

Bayern to win first league Klassiker of the season

Dortmund and Bayern have both prepared well for this top-of-the-table clash, winning away from home in midweek in their respective Champions League matches, but Bayern’s 6-2 victory in Salzburg will worry their hosts. Infogol makes the champions favourites to go three points clear with a win at Signal Iduna Park, having already beaten Lucien Favre’s side in the DFB-Supercup in September.

Wolfsburg to pick up another home victory

Wolfsburg continue to draw more games than they’d like, but a 1-1 draw at a dominant Hertha outfit last week is better than a defeat. They welcome a Hoffenheim side coming off a Europa League match against Slovan Liberec, and are slight favourites to beat a team against whom they picked up four points in the league last season.

Gladbach to build on statement win in Europe

A huge 6-0 win in Ukraine during the week will fill Marco Rose’s visitors with confidence going into a tough trip to Leverkusen, and a win at the BayArena will take them back up above their opponents. There isn’t much in it, according to Infogol’s model, but the visitors are narrow favourites and can repeat last season’s 2-1 victory over the high-flyers.

Japan to exempt overseas gamblers from prize taxation
29 mins ago