I think we can deal with the three ITV races at Ayr on Saturday pretty quickly before moving on to the main betting portions at Sandown.

Taking no risks at Ayr

Takingrisks will take a lot of beating in the 3m handicap chase at 15:15 and I imagine many will think the 2019 Scottish National winner is a good punting proposition at odds-against.

One of his four rivals, Late Romantic, looks to be heading to Sandown instead if it is on (so watch out for the Rule 4 here) and the other three are out of the handicap.

So it all looks reasonably straightforward for Takingrisks after a decent fourth in the Rehearsal last time, though you are looking at even money as and when Late Romantic is pulled out, and that is no more than fair.

Flowery, stepping back up in trip after a good second over 2m here on his return, is probably a fair 9/2 chance in the 14:05 but it is not hard to see fellow front-runner Evander (he is also in at Sandown but this is his first preference) compromising his chances on the lead.

And I also wouldn’t have a strong opinion in the eight-runner 3m handicap hurdle at 14:40. Donna’s Diamond could get an easy lead here but I think this could rest between Big Penny and Baby Ticker, and neither of that pair are too flash a price.

So let’s hit Esher, shall we?

The meeting is not a certainty be on, but hopefully the frost covers will do their job and temperatures on Friday night don’t seem to be too severe at all now. It should be fine.

Either way, guaranteed stamina in very deep ground will be the name of the game when it gets the green light on Saturday morning (though I am not even sure an official inspection has been announced).

We all know just how attritional the hurdle track gets – even more so than the chase route – but the covers tend to add to the testing nature of the ground (or so I am told) once they are lifted, so it is probably a good idea to have a horse on your side that stays plenty further than the trip he is running over.

That doesn’t lead me smoothly on to Monsieur Le Coq’s chances in the 15:35, as his record over further than 2m contradicts everything I have just written. He is a staying two-miler.

That said, having watched the video of his latest start on France Galop (a brilliant site, by the way). I thought he shaped very well when sixth over 2m3f in a Listed Hurdle at Compiegne last time out in November – travelling well throughout and just tiring from 2 out – and the handicapper has done him a huge favour in dropping him from 149 to a mark of 145, enabling him to get into this 0-145.

Now, I wouldn’t be the best judge of the French form book but the third has come out and won a Grade 3 since, so that Compiegne race wouldn’t be the worse Listed race ever run, and he has been treated very kindly.

Yes, he is a lot higher than when dotting up in this race off 122 two years ago, and 10lb higher than when going on to finish second in the Imperial Cup – proven form on the hurdles track here is a big positive – but it was only around this time last season that he was chasing home Ascot specialist Not So Sleepy off a mark of 150 in the 85k-to-the-winner Betfair Exchange Trophy hurdle, with the third well beaten off.

And his third in the 2019 Greatwood Hurdle, beaten two necks, came off this very mark. 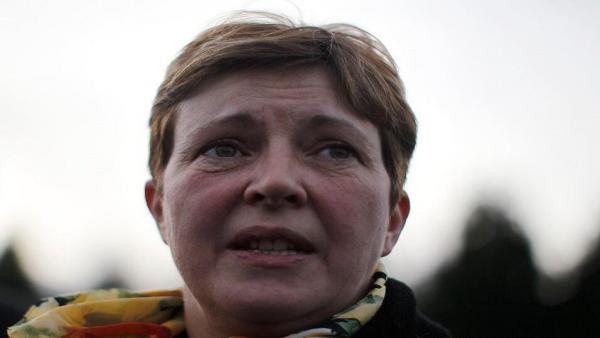 With the small Jane Williams (pictured above) stable hitting a little bit of form (12/1 winner and a 9/1 second at Warwick under today’s 5lb claimer Chester Williams on Thursday), he strikes me as a decent bet.

The Pink’ n is my idea of the biggest danger and he is fairly priced at 13/2 with the Betfair Sportsbook. I could have a saver on him near the off on Saturday, but just the one bet for me here.

Ripe Hollywoodien is worth a nibble

On this week’s Racing Only Bettor Podcast, the other lads made a decent case for Ibleo and Hollywoodien in the 1m7f119yd handicap chase at 13:50.

Necessity ruled, so we recorded much earlier than usual at midday on Thursday, so it is probably fair to say none of us had looked at the race in any great depth then – I certainly held my hands up on that front, and sat it out – but the more I have looked since (it is always wise to go through every horse in each race in order to come to a betting conclusion), the more I agreed with the Hollywoodien angle.

The Tom Symonds yard has stepped up another three levels since former trainer David Dennis has joined the operation and, going into Friday’s racing, they had 24 winners from 91 runners this season (they signed off for 2020 with a New Year’s Eve winner on Warwick, and they should have won the Lincolnshire National the previous day, too).

Hollywoodien himself signed off last term with a 12-length win at Hereford, and he could still remain on a fair mark despite going up 6lb for that victory.

I wouldn’t read too much into the fact that dual recent winner Storm Control was in third there – he has clearly improved for the step up to 3m+ – but it is no negative to witness, and more pertinent still is the selection’s form off higher marks than this in the past.

Indeed, he finished third off a 2lb higher mark in this very race in 2017 and, for a horse that has clearly had problems down the years, I reckon he will be close to cherry ripe here.

There is loads of pace in this race and he does like to go forward, but he certainly doesn’t need to lead and a waiting race could pay dividends.

He is well worth a nibble at 9.08/1 or bigger. He remains bet at 6/1+. Win-only mind you, with a non-runner not a massive price in this eight-runner race.

I like Jane Williams’ Galice Macolo (hopefully it will be a good day for the stable) and Do Your Job most in the Grade 1 Tolworth Hurdle at 14:25.

I won’t be betting in the race as I couldn’t rule any out, and all the fancy double-figure odds have disappeared about Do Your Job (he was 11/1 in two places on Thursday).

And, quelle surprise, we have already had a non-runner, taking the field down to seven, with Adrimel pulled out at 9am on New Year’s morning as he was “off colour” (in common with half of the population, probably, even in these lockdown times).

However, I liked Galice Macolo’s handicap second here last time and she gets the 7lb sex allowance, and Do Your Job’s Haydock run was heavily franked by the winner going so well in defeat under a 5lb penalty at Ascot last time.

But, of course, you can make a similarly fair case for the rest of the field at their prices.

And then we have the small matter of the 16-runner veterans’ handicap chase at 15:00. I have had easier racing tasks to solve, so little wonder that extra places are on offer on the fixed-odds front.

It would be the easiest thing in the world to tip Theatre Guide, placed in the last two runnings of this race, at 14/1 each way – or maybe Ballydine in the first-time blinkers, or Fingerontheswitch after his comeback run – but I quickly came to the conclusion that there is a reason why this is likely to be 7/1+ the field on the Exchange come the off.

It’s remains a very valuable pot, and so many of the horses have a similar profile with good course form and would have been primed specifically for this, and I simply had no betting opinion.

Normally, I love these races – and indeed I had a fair go on Jepeck when he narrowly won this race last year – but not for me.

Maybe next year, if I am here. Have a good one. Stay safe.