Logician’s reward for sidestepping Enable at Kempton on Saturday is to take on one inferior rival in the 13:10 opener at Doncaster on Thursday, after Zaaki was withdrawn on Wednesday morning.

The 1m2f43yd trip is clearly short of the St Leger winner’s optimum, but the favourite will surely make this a test and Mythical Magic has never raced beyond 1m, so this could be as much as a non-event as his illustrious stablemate’s win was last weekend.

The terrestrial action starts with a 16-runner fillies’ nursery at 13:40, so we have all had easier points of entry into an ITV card.

In fact, I have rarely seen a more unfriendly race from a betting perspective, such are the unknowns surrounding these young handicappers, so I’ll keep this even briefer than the Logician race.

The 2yos also take centre stage in the May Hill Stakes at 14:10.

The style of Zabeel Queen’s debut success at Ascot was very taking, and the visual impression was backed up be a good time figure, so no-one can surely have any complaints about her heading the market.

She has the pedigree too, being a Frankel half-sister to the stable’s 108-rated mare Sharja Queen, so she could be a very tough nut to crack. The extra furlong should be no issue whatsoever.

But the very well-related Indigo Girl did not exactly look a slouch at Yarmouth, Lilac Road was an impressive course and distance winner, and we also have the Sweet Solera 1-2 in here, so that probably should temper enthusiasm for those inclined to take around 7/4 about Roger Varian’s filly (the early 2s in the marketplace disappeared on Tuesday).

Yazaman sets the standard on form and on the clock, and trainer William Haggas is hoping that a first-time visor (replacing blinkers) will perk him up after a slightly below-par effort in the Gimcrack.

Normally, I quickly skip by these kind of races but I am willing to throw a big-price dart at Clive Cox’s Sky Blue Thinking.

Now, the bare form of her Chepstow third in June gives her a mini-mountain to climb – and the time of that race was modest – but she does get in here off 8st 1lb and everyone knows how much Cox’s juveniles can improve from their first to second start (though admittedly they get their share of debut winners, too). 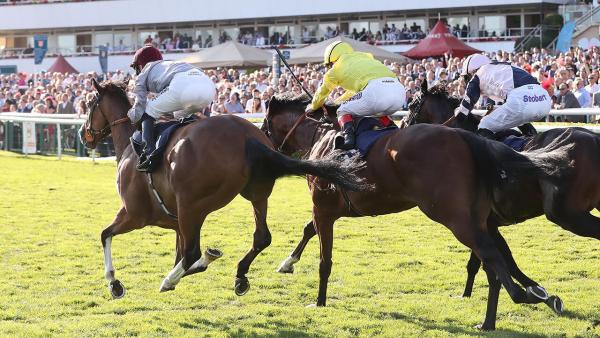 Coventry winner Nando Parrado is the obvious example, but Richmond Stakes winner Supremacy came on a ton after finishing sixth at Windsor on his debut, and Kohinoor and Deise Blue were other second-time-out scorers.

And Sky Blue Thinking’s Chepstow run (where she was sent off favourite) certainly was not without promise, as she travelled well for the early part of that 7f race and was noticeably green when asked to go about her business, wandering across the track.

She shaped as if the run would have done her the world of good in all facets, and the first and second have done well in defeat since (the winner is now rated 86), while the fourth was six lengths away.

Given the yard’s two-year-old record, her unexposed potential, and the weight she receives, I think she is worth a speculative nibble. Betfair Sportsbook are top industry price of 33/1 at the time of publishing, too, and the fact that they are also offering enhanced place terms leads to me recommend her at 33s each way, four places, with the Sportsbook.

This is Nicola Currie’s first ride for the yard, so let’s hope it is a winning one.

Alpinista did me a 16/1 favour in the without Love market in the Yorkshire Oaks and I wouldn’t be in a rush to oppose her in the Park Hill Stakes at 15:15.

She had classy fillies, with Group 1 form, well beaten off that day, with narrow Nassau runner-up One Voice two lengths away in third.

That run may have taken the betting by surprise but it confirmed to me the tremendous impression she had earlier made over 1m2f at Salisbury.

She goes up another 2f115yd here after York, which is not a given, but her run-style and pedigree (her dam won over 2m3f on the Flat) gives you every hope she will see it out strongly.

I don’t tend to bet or tip at her price of around 9/4 though, so I will let her win unbacked, for all her York form stands above the rest of this field and she fully deserves to head the market at around that kind of price.

However, she does also face some dangerously unexposed and progressive fillies too – Believe In Love, still in the St Leger on Saturday, is her most obvious rival – so it may be unwise to assume one or two of them can’t come out of the pack to challenge, and perhaps beat, her.

Festival will hot up later in week

The final race on the box is the 7f handicap at 15:45 and this is another race I struggled with.

You can make a case for a fair few in here, especially if you forgive one or two their last outings, but I think it could revolve around Eastern World if the first-time cheek pieces have the desired effect, combined with the step down in trip.

The Godolphin trainers know what they are doing with headgear, and the fact that Charlie Appleby goes for the sheep skin is good enough for me. 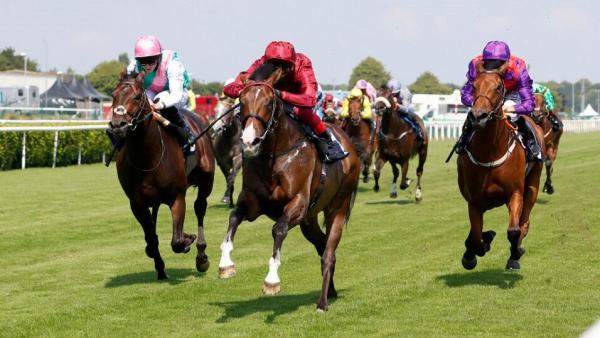 He has run two perfectly good races in defeat since winning his maiden, but the trainer and jockey clearly feel there is something not quite clicking with him.

And the fact that he has traded at [1.53] and shorter in all of his beaten starts gives credence to that.

However, I think it could simply have been stamina over 1m, which may seem strange to say given he has won over the trip and Appleby was talking in terms of 1m2f after that maiden success in June, and his charge is a Dubawi half-brother to Dubai World Cup winner Thunder Snow.

But I think he has wilted late on in his last two starts over 1m, so stepping down to 7f and a more delayed delivery by William Buick could prove the right move, especially if the likes of Black Caspian make this a decent gallop at the trip.

I was going to suggest a small bet on him, but the more I thought about it, the more I concluded that 11/2 was probably on the short side given the depth of the handicap, so I am just going with the big-priced 2yo play on Thursday.

It’s been a quiet punting week so far, but good luck if you are getting stuck in more than I am at the moment. I am sure it will hot up for me as the week progresses.