I know I am sounding like a stuck record but the field sizes haven’t held up that well at Goodwood this week. The Golden Mile Handicap at 14:45 – a race that has a great history – has attracted only 15 runners on Friday.

That doesn’t matter as much as it once would have done in this age of enhanced place terms, but you always like to see big handicaps filling and the more runners, the more appealing they generally are from a betting point of view. For someone who bets like me anyway.

We may as well start with the aforementioned handicap now we have namechecked it, and it features all the usual suspects, and a couple of improving four-year-olds in Montatham and Prompting who head the market.

I don’t have any problem with either’s current price as Prompting is 6lb well-in under his penalty after his York success last week, and connections of Montatham can’t bleat too loudly after he went up 4lb for his narrow defeat of the subsequent Pontefract Listed race winner Dark Vision at Sandown last time. That said, I imagine William Haggas let out a couple of expletives when clocking his horse was drawn 15 of 15 on Wednesday morning.

That is not good news.

All roads lead to Prompting here it would seem then (so I was amazed when the Betfair Sportsbook initially made him a 12/1 chance on Wednesday morning, though that quickly became 8/1, and he is 4/1 at the time of writing), though they might have to adapt his usual patient run-style if they are going to take advantage of his, on paper, good draw in two.

I couldn’t put you off either, for all their jockeys will have their challenges around this turning mile, but I imagine connections of the equally progressive Sir Busker will admit they would have preferred much softer ground for their horse.

Cliffs Of Capri completes the set of four at the top of the market, and he is 2lb well-in after his second to Blue Mist over 7f at Ascot last weekend. He is a hold-up horse who will need luck from stall four and I am not sold that he is equally effective over a mile (though he clearly gets it), but he clearly has very strong form claims.

So the problem you are facing if you fancy an outsider is that you are taking on some very likeable propositions at the top of the market.

The pace in the race looks set to come from the Mark Johnston trio of Vale Of Kent (stall 3), Blown By Wind (14) and Cardsharp (5), as I can’t see any other guaranteed forward-goers in the handicap, which is very handy for the trainer.

All three are in the same ownership too, so I would love to be in earshot when the trainer gives his instructions to the jockeys. I imagine it will go along these lines: “Try and lead, but don’t pester any stablemates if they do and you don’t.”

That would be common sense.

So you pay your money, and take your chance, if you are backing any of that trio.

I finally plumped for a win-only bet on Urban Icon at [17.0] or bigger.

Not many would have made their handicap debut as a four-year-old off a mark of 109, but that is what the selection does here and his mark is justified on a number of his runs, two of which came in 2020.

He convincingly beat Documenting and Marie’s Diamond, who have done the form proud when winning since and are now rated 107 and 113 respectively, off levels in a Listed race at Wolverhampton in March and he probably ran to that level when fifth to Sussex Stakes winner

Mohaather in the Group 2 Summer Mile last time, where he did best of those to have raced prominently and was actually in front just before the final furlong marker.

And that Ascot form is obviously working out very well. The runner-up again shaped very well in the Sussex on Wednesday, and the third and fourth have both been placed in Group 2 company in the last week.

A mile on quick ground is fine for him, and I think he has the class to get the job done here with a fair crack from Lady Luck from stall nine. I am hoping Pat Dobbs will go forward and sit prominently, just off the lead, to minimize any traffic problems as the horse has the Group-race class to lie up.

Given my recent form, it would not surprise me if Baltic Baron popped up at 20/1+ on the exchange – he was a good fifth in this race last year off a 3lb higher mark – but he didn’t show that much at York last time, even allowing for the fact that he probably didn’t get home over an extended 1m2f there, especially as he had to be bustled up early after a slow start.

He definitely has a race in him off 94 if it all drops for him, but he’ll be in trouble if he is slowly away again from stall 13 and he is clearly difficult to win with. 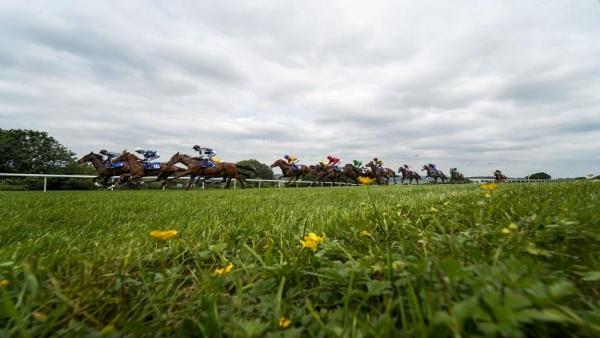 The ITV action starts with a healthy turn-out of 13 for the Fillies’ 7f Group 3 at 13:45 and it will not come as any surprise to anyone that dual Group 1 winner One Master heads the betting.

She is a Group 1 winner running unpenalised in Group 3 company after not performing far off her best in the Falmouth last time, and I just wonder whether they will ride her more forward today from stall one to try to avoid any hard-luck stories.

Yes, she may prefer easier ground but a reproduction of any of about six career starts will see her hard to beat here.

I am in no rush to take her on, for all the ground and draw doubts; indeed, I think she is probably a fair bet at around 2/1 but I can let her win unbacked.

Agincourt each way at a double-figure price would have been an obvious alternative – she got no run here on Tuesday – but her draw in 11 is off-putting over this shorter 7f trip.

As the betting suggests, the 1m Group 3 race at 14:15 looks a probable match, with the hugely impressive Britannia winner Khaloosy taking on My Oberon, who himself looked a serious tool when winning a novice at York last time.

You have to make Khaloosy a strong favourite after his demolition job in a very quick time at Ascot, but My Oberon oozed class last week and could yet have the class to bustle the jolly up.

Again it is a race that it is easy to swerve, especially as you are dealing with a similar unknown in Tislit and an unpenalised Group 2 winner in Mystery Power, for all I labelled this a match above.

Battaash is predictably heavy odds-on, even with his 5lb penalty, in the 15:15 and he will have to seriously underperform to lose.

And the fact that he is three from three in this race hardly gives his rivals, or would-be layers, much encouragement, either.

There are just the seven runners in that Group 2 sprint and there is the same number in the Group 3 Glorious Stakes at 15:45 which is obviously a disappointment.

I do, however, think Desert Encounter is running into form at the right time to follow up his win in this race last season, and he is a rare short-price bet for me.

As an eight-year-old, it takes a couple of races to get him straight these days and he shaped very well in soft ground on the July course when third in the Princess Of Wales’ last time.

This quicker ground will suit him, and hopefully he will follow in the exact same footsteps as he did last season.

Last year, he finished third in the same Newmarket Group 2 before coming to take this prize on his third start of the season on fast ground.

A reproduction of that two-and-a-quarter-length defeat of Mirage Dancer would make him very hard to beat here, and he went on to win his other three races in 2019, beating Alounak in the Grade 1 Canadian International on his final start.

Communique, Pablo Escobarr and Spirit Of Appin should provide him with the necessary pace he loves to aim at. He is a confident bet at an industry-best 3/1 with the Betfair Sportsbook, even if the stable are not quite firing as I would like (though Smart Champion should have won here on Wednesday, obviously…).

The last two races on the card make no betting appeal but the opener on Racing TV at 13:10 is a cracking 3yo 1m3f handicap and probably worthy of a terrestrial slot instead of the five-runner Group 3 (I am no purist).

It is a really tricky race to call though.

I maybe liked Moomba the most, as he gets a 9lb pull for the eight lengths he was beaten by Al Qaqaa at Newmarket and this half-brother to the stable’s Group 3 winner Lavender’s Blue looks very fairly treated off 79 here.

The stable also won this handicap in 2018 (and also in 2010), but I could make a case for at least of these and I was not desperate for a bet.