Tropicana Las Vegas announces 828 to be laid off

The knock-on economic effects of Covid-19 are continuing to be felt in Las Vegas, as the Tropicana has now announced massive layoffs. Beginning on October 15, the casino and two of its restaurants will start to lay off 828 employees, the company announced in a letter to the state’s Department of Employment. 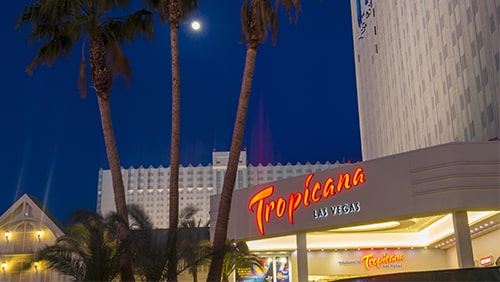 The layoffs, which Tropicana notes will be permanent, came as a result of their inability to predict how bad Covid-19 would be. “The impact on our business was not reasonably foreseeable until now,” they commented. “We simply could not foresee, that the initial closures of our properties, that were issued by one or two states for a limited period of time, ultimately spread throughout all the states in which we operate and eventually be extended, interrupting almost all business and travel temporarily. These significant drags on our business will likely continue for the foreseeable future.

‘The Trop’ further blamed their inability to guess at when Governor Steve Sisolak would have allowed operations to reopen, as well as the ‘restrictive the new operating conditions’ placed on them when the casino industry came back online.

Gaming and Leisure Properties [GLP], owner of the Tropicana Las Vegas, might have done a better job managing their funds to last through the pandemic without such deep cuts. In March, when stock prices were plummeting, CEO and Chairman Peter Carlino bought up $2 million worth of shares in the company, declaring it’s stock price undervalued. He wasn’t exactly wrong, as the price has nearly doubled since he did that, but that capital sure could have helped 828 people right about now.

Tourism just hasn’t come back since casinos reopened in June, likely contributing further to the Tropicana’s troubles. Wynn Resorts, operator of the Encore, has decided to close that casino for 3 days a week, implying that they may soon be seeing further furloughs or layoffs as well. As the entire industry continues to watch how bad tourism and the economy will get this year, it might be a long time before things get better.

Dodgers vs Rays Odds, Lines, and Picks for World Series Game 5
56 mins ago