Trump’s chances twice as good as they were in 2016

With three days to go before US election day the message is clear: never write off Donald Trump.

The president’s chances of winning the US election on Tuesday are nearly twice as good as they were at this stage of the race four years ago, according to the latest odds on the Betfair Exchange.

But three days before election day in 2016 Trump only had a 19% chance of beating Hillary Clinton. Bettors gave the former-First Lady an 80% chance of winning the White House.

We all know how that turned out.

The Democrats insist they have learned the lessons of 2016 and Biden is taking nothing for granted this weekend.

He and running-mate Kamala Harris are visiting key battlegrounds Pennsylvania and North Carolina – both states where the Democrats lead.

They will also go to Georgia – a state which is often solidly Republican. In the past half-century, it has only voted Democrat when there was a southerner on the ticket (Jimmy Carter in 1976/80 and Bill Clinton in 1992), so if Biden, who hails from Delaware, could win there it would be a significant coup.

Latest odds make the Republicans 8/111.72 to win Georgia and the Democrats 6/52.22 but polls have indicated it could be close.

Polls arrived overnight from several swing states, including Florida where one put Biden ahead and another favoured Trump. 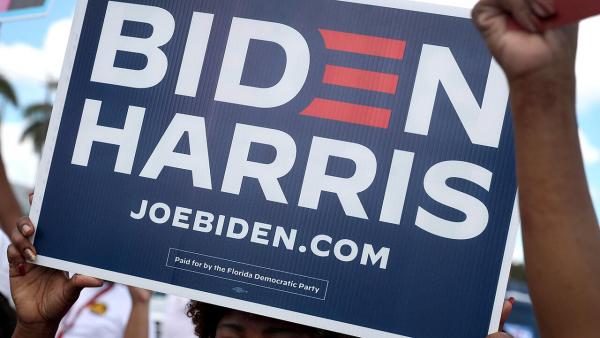 Trump is speaking today in Michigan, Iowa, North Carolina, Georgia and Florida in a last-ditch effort to win these key areas.

A significant late market move would suggest he’s cutting through but will it come? Keep up to date with today’s developments via the thread:

Just 2 whole days, or 63 hours, until the first results begin to emerge. The betting has been fixed around the current range for 10-11 days. It favours Biden but not overwhelmingly.

Will there be a significant late market move? pic.twitter.com/nOxSDUFWK7

For Sunday’s bet of the day, meanwhile, Paul Krishnamurty recommends a treble from the Sportsbook’s long list of state combos.