The LVCC Loop is the first phase of a larger Loop transit system project from Elon Musk-run Boring Company that aims to provide fast underground transportation to convention and trade show delegates across the LVCC campus.

The first two tunnels of the LVCC Loop were completed on May 14. They will connect the LVCC’s new exhibit hall with the entire existing campus. Three stations locations will offer access between key LVCC destinations and nearby transportation connections. 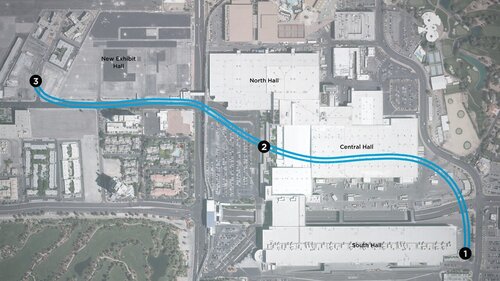 Passengers will be transported via Tesla Model X, Model 3, and modified Model 3 for 16 passengers. The LVCC Loop is expected to be completed by January 2021.

If their applications get approved, the two properties will become stops of the planned larger Vegas Loop. Vegas Loop will include LVCC Loop and any future service extensions including ones to casinos across the Las Vegas Strip, terminals of McCarran International Airport, Allegiant Stadium, downtown Vegas, and eventually to Los Angeles (see map below). 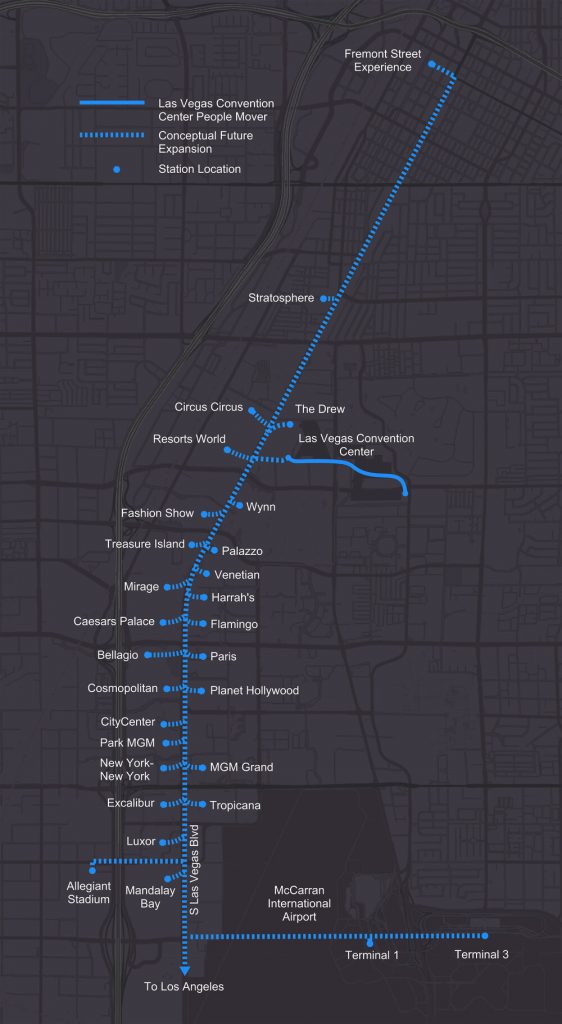 Commenting on the recent news from Wynn Resorts and Resorts World Las Vegas, LVCC CEO Steve Hill aid that “this is a great step to take this from the Convention Center campus out into the community” and that there are more than two casino resorts along the Strip that want to join the project, but Wynn’s Wynn Las Vegas and Encore properties and Resorts World Las Vegas are “the first two that make sense.”

As it can be seen in the above map, Wynn’s resorts and Resorts World Las Vegas are the properties located closest to the LVCC Loop that is currently under construction.

Local officials said that The Boring Company’s loop expansion will transport passengers from Wynn Las Vegas and the adjacent Encore to the LVCC in less than two minutes. The trip to and from Resorts World Las Vegas would take approximately the same time.

It is understood that The Boring Company is on board with the idea. Both Wynn and Elon Musk’s tunnel-digging venture submitted land-use applications with Clark County on June 1. Wynn officials said in a statement that “the connector is an important step for Wynn as the resort continues its investments in the future of eco-friendly meetings and conventions in Las Vegas.”

Resorts World Las Vegas, too, submitted plans for a passenger station and tunnel with Clark County officials on June 1.

Mr. Sibella also noted that Elon Musk’s underground transportation system is a perfect match for Resorts World Las Vegas as the resort is intended to be “at the forefront of progressive technology.”

If the property’s application gets approved, construction work could begin later this year.

Resorts World Las Vegas is a luxury hotel and casino resort currently under development in the northern end of the Las Vegas Strip. The property is scheduled to open doors in the summer of 2021.