UK casinos forced to delay reopening until Aug. 15 “at the earliest” 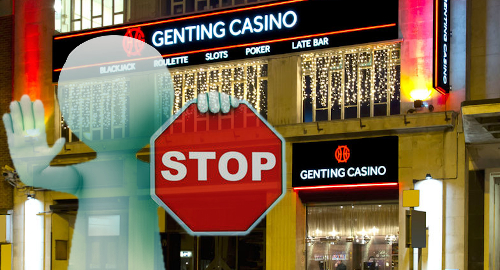 UK casinos are crying foul after the government delayed their planned post-pandemic reopening, while Scotland’s casinos are wondering if their launch timeline will face similar delays.

On Friday, Prime Minister Boris Johnson announced that the plan to reopen casinos on Saturday, August 1 would be postponed by “at least” two weeks as the country attempts to slow the worrying rise in COVID-19 infection rates over the past month.

The delay affects not just casinos but also bowling alleys, skating rinks, wedding receptions and other “higher-risk settings.” A raft of other restrictions on social gatherings were imposed, which Johnson said were needed to “avoid a return to full national lockdown.”

Johnson’s new lockdown orders will scupper the plan to allow up to 5,000 racing punters back in the stands for this Saturday’s Glorious Goodwood meet. The setback calls into question the plan for a full resumption of bums-in-seats at sports and racing events by October 1.

Reaction from the Betting & Gaming Council (BGC) industry association was swift, expressing “utter dismay” at the government’s “last minute U-turn.” The group slammed Johnson’s plan as “highly illogical, inconsistent and deeply damaging to those businesses and thousands of staff they employ.”

BGC CEO Michel Dugher was equally blunt, saying the government’s COVID-19 mitigation strategy was “in disarray.” Dugher wondered why, if the government’s strategy was indeed focused on “regional and local lockdowns,” were all casinos, including those in low-infection areas such as Bristol, ordered to halt their reopening plans.

Dugher lamented the “millions of pounds” that UK casinos spent to not only install new health and safety gear but also recalling staff off furlough. The BGC warned that there could be “significant redundancies” as the already financially squeezed operators worry over whether the government will pull another bait-and-switch in two weeks’ time.

The BGC’s eyes are likely now turning north to Scotland, where earlier this week First Minister Nicola Sturgeon announced that Scottish casinos and bingo halls would be allowed to reopen on August 24. Betting shops, which had been labouring under far tougher restrictions than their counterparts in the south, will be allowed to switch on their gaming machines on the same date.

Scotland reported only 30 new COVID-19 cases – 0.8% of newly tested individuals – on Friday and zero new deaths. But the government has cautioned that all its reopening schedules are conditioned upon the rates remaining low, so perhaps don’t quite book that hen party trip to a local gaming hall just yet.

Yankees vs Rays Odds, Picks, and Probable Pitchers
34 mins ago