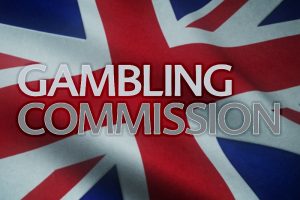 The CEO of the UK Gambling Commission (UKGC) announced Monday that he is quitting the role. His departure comes amid damning criticism that the agency has not acted adequately on issues related to one of its licensees and an ongoing government review into the nation’s gambling law.

Neil McArthur took the role in 2018. During his tenure, the UK regulator introduced a ban on gambling with credit cards but also faced reduced trust in its capacity to rein in the sector.

Mr. McArthur’s resignation became effective immediately. The UKGC’s deputy chief executive, Sarah Gardner, and chief operating officer, Sally Jones, have jointly become acting co-chief executives. A permanent CEO will not be tapped until a new chairman of the regulator is appointed. Bill Moyes, the agency’s current chair, is due to stay in the role until later this year.

Of his surprising departure, Mr. McArthur said that with him at the helm, they have “taken significant steps forward to make gambling fairer and safer, and I know that I leave the organisation in a strong position to meet its future challenges.”

With a review of the Gambling Act under way, now feels the right time to step away and allow a new chief executive to lead the commission on the next stage in its journey.

Mr. McArthur is quitting the job in the middle of a government review of UK’s Gambling Act 2005. Anti-gambling campaigners have long been calling for curbs on online slots play, gambling advertising, and the so-called VIP schemes that locally licensed operators use to encourage high-rollers to play even more.

The years-long efforts of these lobbyists could finally produce results as tighter controls are indeed expected to be implemented after the review’s findings become public.

And as online and mobile casino-style gaming and sports betting are surging, the companies providing such services in the UK are expected to be required more heavily to adopt measures that protect the most vulnerable members of society.

It should also be noted that Mr. McArthur announced his departure after the UKGC was slapped last week with heavy criticism over how it handled the Football Index scandal.

Football Index is a UK-licensed betting platform that mimics a stock exchange by offering punters the chance to buy shares in football players. It then pays dividends according to these players’ performance.

In early March, the site announced a revised dividend structure under which most dividends were reduced to just 1p or 2p from up to 14p. Customers reacted furiously to the changes and this led to an extreme crash in share prices overnight.

Users urged the Gambling Commission to initiate an investigation and the regulator announced late last week that a probe was launched and that the license of Football Index’s owner was suspended. However, the regulator was criticized for failing to interfere earlier.

The Gambling Commission said that Mr. McArthur stepping down had not connection to the issue, but many suggest that might not be the case.

Best bets from Aqueduct on Saturday
39 mins ago