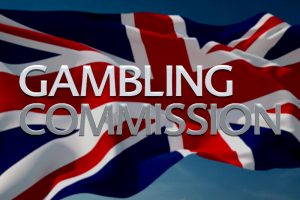 The UK Gambling Commission (UKGC) has lifted the suspension of Matchbook’s license after the owner of the sports betting exchange, Triplebet, fulfilled all “remedial measures required” by the regulator.

It was in February when the UKGC suspended Triplebet’s pool betting, betting intermediary, and remote casino license under Section 116 of the UK Gambling Act, citing serious failures in several compliance areas.

iGaming Business reports that late last week, the regulatory agency updated the notices of Triplebet’s license suspension, announcing that it had been lifted after the online gambling operator had “implemented the remedial measures required.”

In a message to its customers, the Matchbook owner said that their license suspension has been lifted and that they are working to get the site back up and running in the coming days.

The UKGC announced in February that it had instigated a review of Triblebet’s operating license and had decided to suspend it with immediate effect.

In April, the regulator published a detailed report with the findings of its review that had commenced in August 2018. The UKGC explained that it uncovered major deficiencies in how Triplebet conducted remote gambling services in the UK.

The regulatory body found that the operator had breached license conditions relating to anti-money laundering measures, had failed to comply with social responsibility codes, and had operated in a manner “inconsistent with the statutory licensing objectives to keep crime out of gambling and to protect children and other vulnerable people from harm.”

In another case revealed by the regulator, a customer was able to deposit and withdraw a large amount of money on the same day without engaging in any gambling activity on the Matchbook site, but the operator did not conduct any checks to identify the customer’s source of funds.

What Did Triplebet Do to Have Its License Suspension Lifted?

After the UKGC launched a probe into Triplebet’s activities in August 2018, the operator tapped performance improvement firm Alvarez & Marsal to help it upgrade its responsible gambling and anti-money laundering policies and other aspects of its business.

In February, the regulator acknowledged that by mid-2018 Triplebet had implemented certain effective responsible gambling policies, but it had not adopted all the recommendations it was given by the time of its license hearing in January, which prompted the Commission to suspend its license.

Aside from the suspension of its license, Triplebet was also slapped with a £739,099 fine for its regulatory failings.

Sakkari vs Azarenka & Sabalenka vs Brady
38 mins ago