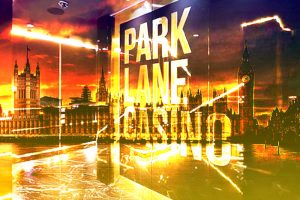 The regulator further explained that its decision was prompted after a change in corporate control at the casino operator and after the Gambling Commission established that it would have not granted the operating license to Silverbond “had the new controller been a controller of the company when the application for the operating license was made.”

The UK gambling watchdog said that after a hearing before a Regulatory Panel, it has decided to revoke Silverbond’s license under Section 102(4)(b) of UK’s Gambling Act 2005. Under that section, the Gambling Commission may revoke an operating license if it is not satisfied that it would have granted that license to the licensee if its new controller had been a controller at the time the license application was submitted.

The decision was issued on October 21, 2020 and was particularly concerned with the fact that Silverbond had failed to provide “full and proper explanations with supporting evidence timeously.” Given that, the Commission determined it was not satisfied with the source of funds that were used for Silverbond’s acquisition and to support the casino operator at the time of the corporate control change.

The regulator was also not satisfied with whom future profits generated by Silverbond and its operations would be paid to, as it noted in its decision.

The Gambling Commission said that its decision was further based on concerns it identified over the suitability of Silverbond’s new controller who had “unsatisfactory history” in providing information requested by the regulator.

Subject to appeal, the revocation of Silverbond’s license is set to take effect on November 18, 2020, the UK Gambling Commission further said in a statement published Wednesday on its official website.

This is not the first time the UK gambling watchdog has cracked the whip on Park Lane Casino’s owner.

Last year, the regulator slapped a £1.8 million fine and a license warning on the casino operator and placed additional conditions on its license. The company was penalized over systematic social responsibility and anti-money laundering failings.

Its violations included failing to recognize signs of potential problem gambling behavior among its customers. These signs included violent behavior displayed by a patron, a customer asking to have their winnings transferred to their personal bank account to prevent them from gambling further, and a customer asking to increase the maximum amount they could deposit by cheque.

Silverbond’s money laundering violations included the operator failing to conduct enhanced due diligence on 61 casino patrons, among other things.