“I’m trying to hit it as far as possible. I will say I have no idea where the end game is on this. I’m hitting it further now than I was at Shriners. I’m hitting it further than the US Open and I’m trying a driver this week that may help me hit it even a little bit further!” As for lack of fans, that could help him too. “I’m going to be able to hit it on certain lines where patrons would be (13th, 18th). And I feel like it does provide me a little bit of an advantage in that case.” DeChambeau also revealed that he hit pitching wedge into the long par-4 11th, something that Tiger Woods did when overpowering the course in 1997. While admitting that it “comes down to chipping and putting”, his length is a massive advantage. After no top 10s in his first 14 majors, DeChambeau has finished fourth and first in the last two, winning the US Open by six. Will he produce something extraordinary this week?

While a green jacket has eluded him, DJ has the longest run of Masters top 10s going in he field; he’s managed four on the spin and two of those were actually top fives. “Coming off a great year and a great finish last week (runner-up in Houston), you know, got a lot of confidence in the game. I’ll hopefully be around on Sunday and have a chance to win.” DJ is one of those to have had suffered COVID although he said his symptoms were mild. The main problem was quarantining and missing practice. As for the course in November, DJ notes: “I don’t really see any difference in the greens. The conditions on the course are really nice. It’s a little soft, but I think the last few years it’s played kinda soft in April.” That will only play into his hands and there’s every reason to expect that top 10 streak to hit five. 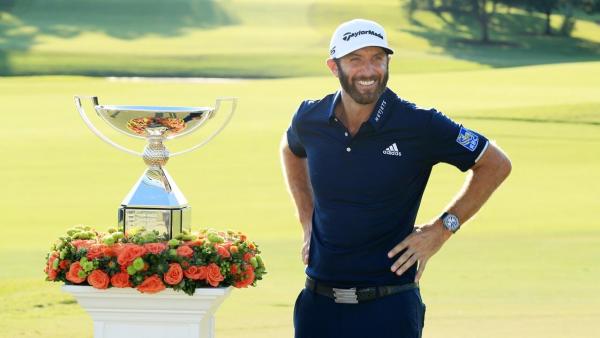 “Can’t lie, I’m feeling pretty confident. Even in my last start, the ZOZO Championship, I hit it about as good as I’ve hit it tee to green, especially on Sunday and on the weekend. I think the best way I can explain it is that I’m simply just happy.” As for the lack of fans, “I’ve played it enough without grandstands to be familiar with it.” A little like DeChambeau, Rahm took a little while to find the right formula for majors. But he’s now had back-to-back top 10s at Augusta National (24-under for his last seven rounds) and a top five in all three American majors. That said, he’s had to settle for tied 13th (PGA) and tied 23rd (US Open) in the two this year. Most will expect him to improve on those finishes this week and push for a first major victory.

The World No.3 has improved his Masters finish each time although has yet to land in the top 10 in four starts. “Probably my favourite event of the year, one of my favourite courses, I enjoy everything about it. It’s just fun. I feel like I’ve prepared well.” As for any course difference, Thomas expects subtle differences -“it is what it is” – and admits he picks up plenty of tips during his practice rounds alongside Tiger and Fred Couples. JT’s fantastic iron game is perfect for Augusta but his putting needs to step up a notch. Just four top 10s in his 19 majors is also somewhat disappointing for a player of his level. That said, the latest came in the US Open last time.

“My game feels good. I’ve hit it well over the past couple of weeks in practice up here playing, playing a couple of practice rounds the last two days. I feel as in control as I have been for a while, and that adds to that relaxed feeling,” said Rory in his Tuesday press conference. And maybe that could be key. Ronnie O’Sullivan said the lack of crowds and attention helped him end his seven-year wait for another world snooker title. And perhaps the same thing will make the difference as Rory chases his first major since 2014. He’s already mentioning he likes the lower-key atmosphere. Add in him becoming a Dad and the change of perspective that brings and just maybe this is the week when Rory gets it done. It would certainly be a surprise if he’s not in contention.

Xander Schauffele – A man for the majors

Schauffele has had just two tries at the Masters but made a huge jump from his debut tied 50th when finishing joint-runner-up last year. He even held the lead on the back nine. Walking off the course, the American was frustrated he couldn’t see it through but delighted with the experience: “I did have my 30 seconds in the sun with the lead and it was a really cool feeling, and it just proves to my team and I that we can contend and that we can win on this property.” Schauffele holds massive appeal in these top 5/10 markets due to an ability to peak in major after major. He scored a top five in his very first one in 2017 and now has seven top 10s (five of those are top fives) in his 13 major starts. He’s taken that top 10 rate over 50% with T10 and solo fifth in the two played this year.

Brooks Koepka – Majors king is fit and in form

Koepka made a late run at the green jacket last year and eventually finished just a shot behind winner Tiger Woods. He had to miss the US Open with injury but now reports a clean bill of health. He said on Tuesday: “Everything’s fine. I feel normal. Knee feels good. Hip, I haven’t had an issue with. Nice to have those two months rehabbing in San Diego and getting everything straightened away.” A return to his usual driver helped facilitate a weekend charge in Houston last week and a top five there gives him some momentum. Of course, he’s been the dominant force in majors in recent years with four wins and two second places starting with the 2017 US Open. Overall, he has 10 top fives in his last 22 majors, an outstanding record.

Patrick Cantlay – Californian coming in off a win

Cantlay briefly held the final-round lead on the back nine last year before fading to tied ninth. But he’s only taking the positives. “I feel like more than any place, the more confident you are about this golf course when you come here, the better you’re going to do. And I see that from guys that play consistently year‑in and year‑out here really well. They always talk about how it doesn’t matter how their game is; they know how to play the golf course that they will be able to play well. So I feel like I’m starting to become one of those guys.” Cantlay’s confidence will be further fuelled by victory at the ZOZO Championship on his most recent start and, as for the strength of his game now? “I’d say my distance control with my irons has been really good lately.” That bodes well for success at Augusta National.

Hideki Matsuyama – Japanese star arrives on the up

“You know, my game is getting better and it’s definitely going to give me a lot of confidence going forward,” said Matsuyama after his tied second place in Houston last week. “My good finish over the weekend (66-63) is going to really hopefully help me in the Masters.” He probably needed it after a run which had featured just one top 10 in his previous 14 events although nine of those finishes were between T17 and T29 so his game hasn’t been too far away. It’s a similar pattern in majors. He’s had seven top 10s overall, including fifth and T7 at Augusta but none since 2017. However, he’s had six top 25s in the last 10. 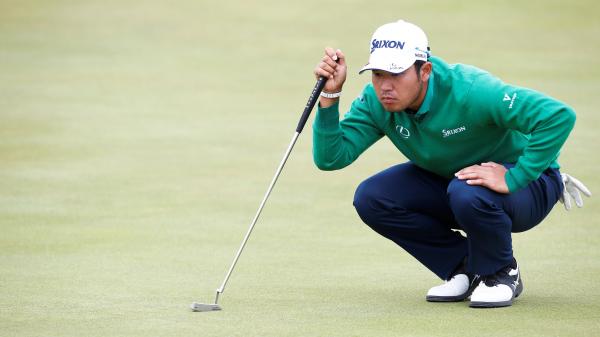 Reed showed great mettle to win the 2018 Masters but it has to be said that his victory two years ago is something of an outlier when assessing his overall Augusta National form. In five other attempts he hasn’t made the top 20. Reed was the halfway leader in this year’s US Open before his wayward driving cost him and he slipped to T13 (very annoying for top 10 backers). But he responded with a top three at Wentworth and T14 at the ZOZO so he’s playing nicely. This season he’s been T13 in both majors and has just a single top 10 in his last eight. Overall, he’s managed just four top 10s in 26 majors although he’s had seven other top 20s.

This is the major where the big names dominate most so there are no end of opportunities for backers in the Top 5/10 markets.

However, the most startling stat above is this one: Brooks Koepka has 10 top fives in his last 22 majors.

That includes four wins and his body of work at this level means he goes into these events with an in-built advantage. He knows exactly how to prep and pace himself when he gets there.

The fitness concerns appear to have gone and a fast-finishing to five in Houston last week gives added reassurance.

The softer course is another big plus for the Northern Irishman and he’s managed five top 10s in his last six Masters appearances.

It seems a no-brainer really.

He’s had six on the trot starting with the US PGA in Augusta and has made the top 10 in his last four starts at Augusta National.

I could keep going with this and very easily add in Bryson DeChambeau and Jon Rahm but I’ll keep it down to three.