Weather forecast for Kiawah Island: The most notable thing about the weather is how consistent it is throughout the day. Temperatures have already hit 70 degrees for the very early starters and they quickly rise and stay at 80. As for the winds, they’re locked in around 10mph with gusts a little higher. It might be fractionally calmer for a couple of hours in the morning.

As for previous editions of this event:

Strategy: Look at all those Europeans who started fast in 2012! There were also three Aussies tied sixth which makes sense when wind is a factor. One of the Americans, Daly, was an Open champ. The weather doesn’t really help us but, on the basis that it could be slightly calmer in the morning, I’ll pick two early and one late. My three selections are a trio of Europeans who already have form at this level.

I want to be with Robert MacIntyre in some capacity this week and this looks a good way to do it.

The Scot has made some fast starts in the last six months. He was first-round leader at the Cyprus Showdown, an event he went on to win, second after 18 holes of the Golf in Dubai Championship and fifth following Thursday’s play at the Dubai Desert Classic.

He’s also burst out of the blocks in a major before, sitting tied third after day one of the 2019 Open Championship at Royal Portrush.

The left-hander has charged into the top 50 of the world rankings after winning his group at the WGC-Match Play (on a Pete Dye course), finishing a superb tied 12th on his Masters debut and adding another top 10 in last week’s British Masters where he was leading at halfway.

Golf didn’t happen last May due to COVID. But the previous May his R1 leader positions were 10-6-5. He finished runner-up twice that month so it’s a good time of the year for him. 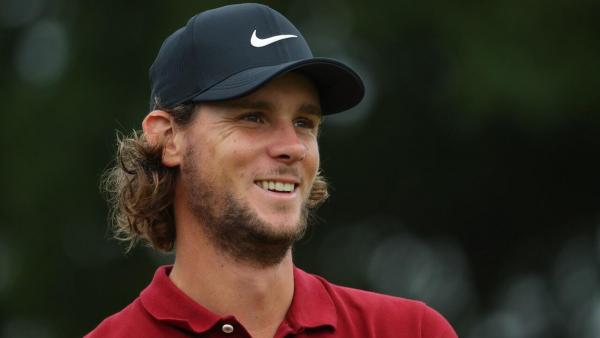 MacIntyre has some major pedigree and so too does Thomas Pieters.

The Belgian has a fourth at Augusta and a sixth in this event from 2018. You’ll also find a pair of top fives in WGC events.

As for fast starts at this level, Pieters was second after Thursday’s play at last year’s US Open and fifth after day one in the 2018 US PGA.

He led the field after the opening lap of the 2017 WGC-Bridgestone while he’s had a piece of the first-round lead in three of his last 43 worldwide starts.

With four top 15s in his last five starts, Pieters is in good nick and his length off the tee could help him at Kiawah.

Wallace can get to work early

I’ll complete a trio of Europeans at three-figure prices by adding in Matt Wallace at 100/1.

I’ve made the case for the Englishman in my outright preview, noting his strong recent form and third place in this event two years ago.

So, is he a good starter too? That would certainly be a ‘yes’.

Just two tournaments ago, the Englishman was third after round one of the RBC Heritage at Pete Dye’s Hilton Head and he was also 10th after 18 holes at the Texas Open.

Staying in America he was the first-round leader at the 2020 RSM Classic (by the sea) and, in Europe, he’s also had R1 leads in coastal events in Scotland (Alfred Dunhill Links) and Portugal (Open de Portugal).

Add in numerous other low round ones and he’s very capable of landing us a nice payout at 100s.