Watch Me can outclass her rivals in Deauville feature 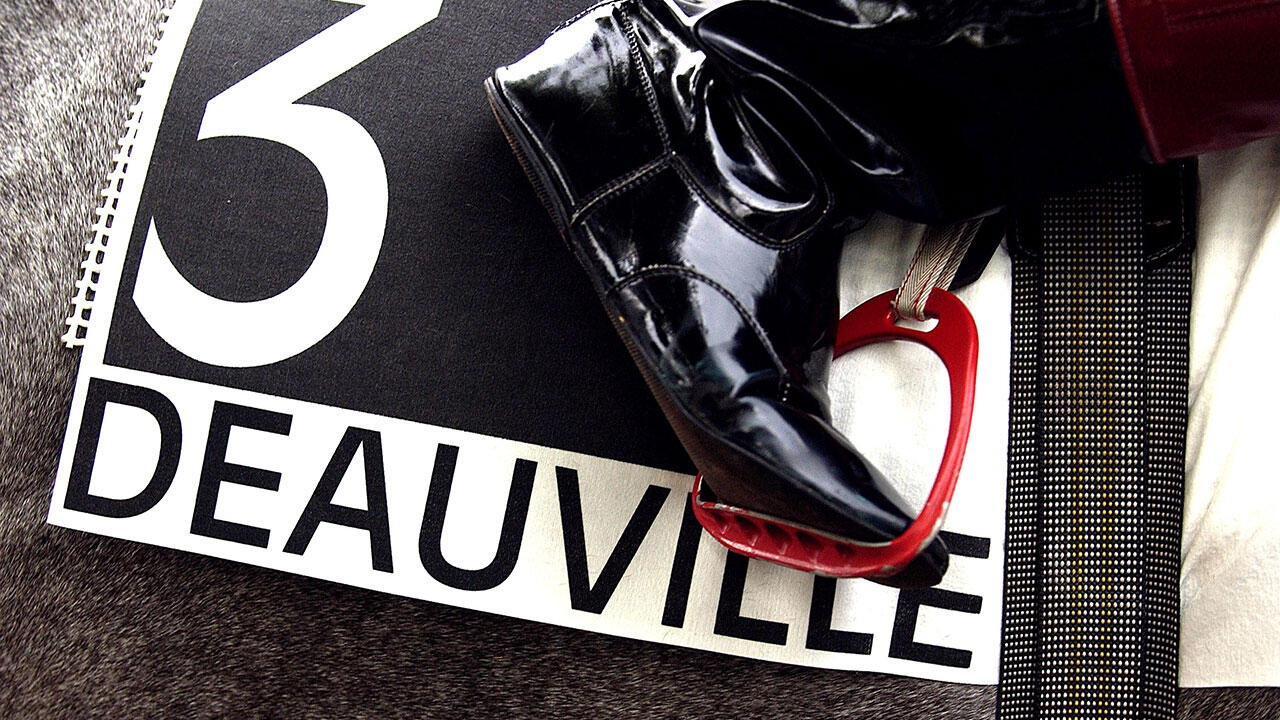 With Goodwood behind us, Deauville takes centre stage for Group races until the York Ebor meeting later in the month.

The feature this weekend is the Prix Rothschild at 14:50 for fillies over a mile – a Sussex Stakes for the fairer sex, if you like.

The first two home in the boys’ race at Goodwood on Wednesday were four-year-olds, Mohaather and Circus Maximus. I expect today’s winner to come from the same age group.

Watch Me has a touch of class about her, which accounts for her international rating of 116. She moved up to that level from 104 when she was the surprise winner of last year’s Coronation Stakes at Royal Ascot. Her SP that day was 20/1 because she was up against the first two home in the Irish 1,000 Guineas, Hermosa and Pretty Pollyanna, and Castle Lady, who had finished three lengths in front of her in the French 1,000.

After that, she took on the colts her age in the Group 1 Prix Jacques le Marois – coming fourth. She then tried 10 furlongs in the Prix de l’Opera on Arc day, finishing third ahead of Terebellum, who has been placed in two recent Group 1s at Royal Ascot and Newmarket.

Her comfortable win in Listed company over course and distance last month was as good a prep as you could wish for, so it is no wonder she will start favourite.

Half Light very much one to oppose

Don’t expect too much from the other four-year-olds. Half Light was originally put in at 11/2 but ought to be 20/1 on her form. A winner on the all-weather at Deauville in December, she has since won a minor race at Vichy on soft, a Listed at Le Lion d’Angers and a Group 3 at Hamburg from as motley a group of fillies and mares as you could assemble. Her heart may be in the right place but a Group 1 is not the right place for her.

Norma won a handicap off a mark of 77 when with James Fanshawe last summer. On her two starts since she changed hands in December, she has finished second to Watch Me and sixth to Half Light, so it is hard to see her figuring in this race.

As the betting indicates, the runner-up is likely to come from among the three-year-olds.

William Buick’s mount Summer Romance was no match for Love in the 1,000 Guineas at Newmarket, but no fillies have been this season.

She has since won the Group 3 Princess Elizabeth Stakes readily enough at Epsom, justifying Charlie Appleby’s belief in her. I would be surprised if he thinks Summer Romance has a realistic chance of beating Watch Me but from a breeding point of view a place in a Group 1 is a valuable line for a CV.

Know It All comes on from Leopardstown where she won a Group 3 from Celestial Object with the Coronation Stakes fourth, So Wonderful, not running up to scratch nearer last than first.

Speak Of The Devil was only beaten a nose in the French 1,000 Guineas, a race she would have won with better luck in running.

She appears to have been marked down for only finishing eighth in the French Oaks but the winner, Fancy Blue, won the Group 1 Nassau last week and the runner-up had won the Coronation Stakes at Royal Ascot. Speak Of The Devil was an outrageous 33/1 at one point for today’s race, but her current odds of 8/1 still represent each-way value.

Watch Me and Speak Of The Devil are the two proven Group 1 fillies in the race, and I would expect them to finish first and second.

Godolphin raiders are up against it

Charlie Appleby sends two over for the Prix de Tourgeville at 15:25, a consolation prize for colts not good enough to win Group races.

Well Of Wisdom has a 4lb penalty as he is the only one to have won a Listed this year. He then won a handicap at Sandown before acting as pacemaker for Pinatubo in the Group 1 Prix Jean Prat. Kenway finished two and a half lengths ahead of him and is 4lb better off, so looks the better bet, though Well Of Wisdom will clearly be ridden differently today.

And wherever Kenway finishes you could reasonably expect Celestin to be within a length of him – either ahead or behind. They finished in the money, alongside each other, in the French 2,000 Guineas. Since then Celestin was only fifth in the Jersey Stakes, while Kenway was runner-up in the Prix Paul de Moussac Longines with Charlesquint just a short head back in third.

Godolphin’s other runner Boccaccio is a handicapper, having his second run in Listed company. He was no match for Surf Dancer over seven at York but if he improves for the extra furlong – it is his first start over a mile – he might make the first three. The outsider of the party, Twist, improved 7lb last time at Saint-Cloud but needs to do better still to figure in this. A French 1-2-3 is on the cards, hopefully with Kenway edging out Celestin and Charlesquint.

The Group 3 Darley Prix de Cabourg at 13:35 for two-year-olds over six furlongs has attracted two from the UK. Hollie Doyle rides Mighty Gurkha for Archie Watson; Tom Marquand is on Mick Channon’s unbeaten Cairn Gorm. In addition, Oisin Murphy rides the maiden Jubilation for Eoghan O’Neill who has been based near Le Mans for the last decade.

You could argue a case for Cairn Gorm, on the basis of ‘he could only beat what lined up against him at Windsor and Newbury’ but Mighty Gurkha’s second to Method in the Rose Bowl at Newbury is better quality form.

I can’t get excited by any of the French runners. Axdavali, was a beaten favourite in a Group 3 over the minimum trip and last of four on his only previous stab at six furlongs. Lagoken has won two claimers at Longchamp; Winvalchope one at Lyon Parilly. Prince Lancelot won a maiden at Saint-Cloud.

It is not a strong Group 3 and Mighty Gurkha might justify his short odds if everything goes his way.