What can we learn from last year’s November Masters?

Last year’s US Masters had to be played in November so Steve Rawlings discusses what we can learn from it when betting on the April 2021 edition.

Just how different to the norm was the November edition of the US Masters in 2020? And how much attention should we pay to it when discussing what’s required to win in April 2021, as I will do later this week?

At first glance, it appears to have played quite a bit easier.

Dustin Johnson’s 20-under-par 268 winning aggregate total was a tournament record and Cameron Smith, who finished alongside tournament debutant Sungjae Im, became the first man in history to shoot all four rounds in the 60s at Augusta National (DJ won by five but shot 70 in round two).

But if we dig a bit deeper, I’m not convinced it was much different to a spring edition when the course has been damp and the winds light.

As Dave Tindall highlights in his excellent trends piece, seven of the top-10 in November had previously finished inside the top-five at Augusta.

So there’s certainly evidence that the course didn’t play vastly different to how it plays in April. However, the stormy weather on the Thursday morning in November definitely affected the tournament.

A three-hour delay on the first morning resulted in the afternoon starters having to return to the course on Friday to finish their opening rounds before beginning their second rounds the same day.

Those drawn AM-PM had a big gap between the end of round one and the start of round two and they didn’t get to reach the halfway stage of the tournament until Saturday morning. 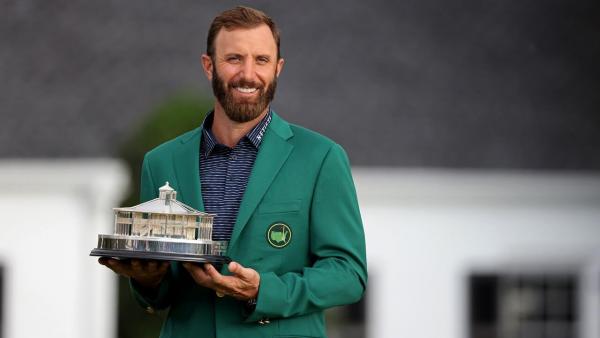 As it transpired, Dustin Johnson, like many a winner here, had been drawn PM-AM so that was business as normal really and Augusta averaged 71.75 for the week – just fractionally less than the 71.87 it averaged in April 2019.

In summary, the 2020 edition wasn’t dissimilar enough to previous editions to start disregarding the stats and I’m happy to treat it like any other renewal.

Red or Black. Actual 50% chance to Win with Provably Fair algorithm. We believe we made something different. https://blackjack.fun/redblack
24 mins ago