What we learned from Saturday’s Betfair Chase

When looking back on what was another memorable renewal of the Betfair Chase, the starting point has to be the ground.

Soft ground was expected, but heavy rain on the day of the race resulted in it becoming very testing indeed. The times on the card reflected this, with the winning time of 7m 3.63s of the Betfair Chase being the slowest winning time in the history of the race. While we don’t have a ground description that goes beyond heavy, this was a notably testing version of heavy ground.

One horse that has long been established as being ruthlessly effective on such a surface is Bristol De Mai. The nine-year-old had won the 2017 renewal of the Betfair Chase by a remarkable 57 lengths in similarly testing conditions and his connections would have been dancing in the rain in the build-up to the race on Saturday.

Having made much of the running, Bristol De Mai produced a wonderfully brave and relentless display of galloping and jumping on his way to seeing off Clan Des Obeaux by two lengths.

We didn’t learn anything new about Bristol De Mai as such, but his performance hammered home that he is still a power at the highest level, particularly when the ground is testing.

While it is tempting to pigeonhole him as a Haydock specialist, he has produced high-class efforts at other tracks and will warrant respect wherever he goes when the mud is flying.

Grean run by Clan but will it leave its mark ahead of the King George?

Paul Nicholls had been notably bullish about how forward Clan Des Obeaux was coming into the race and he acquitted himself very well indeed in getting so close to Bristol De Mai.

While Clan Des Obeaux’s very best form has come on a less testing surface than this, it shouldn’t be forgotten that he produced what was at the time a career-best effort when winning a graduation chase on the same card that Bristol De Mai sploshed through the mud to win the Betfair Chase by 57 lengths.

He travelled through the race very strongly indeed and certainly looked the winner early in the home straight (traded as short as 1.222/9 in-running), but was out-gunned by Bristol De Mai close home. It was a run that was right up there with his best efforts and was widely considered a great lead-in race for his bid for a historic third King George VI Chase next month. 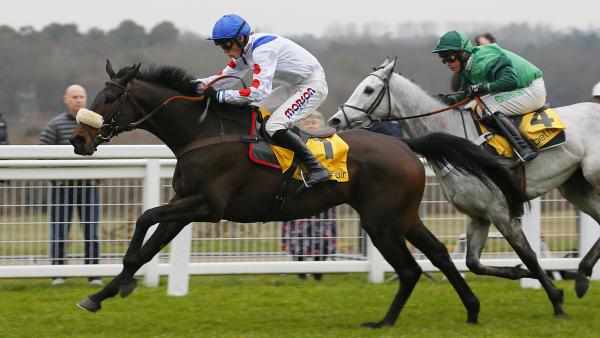 Though, one has to wonder whether this was more of a gruelling test than ideal at the start of his campaign. Nicholls will no doubt be focusing on freshening him up again in time for Kempton, but how well he can bounce back from this slog will be a question that follows him to Kempton.

The disappointment of the race was Lostintranslation. He didn’t travel with his usual verve and his jumping wasn’t as fluent and efficient as we are accustomed to seeing from him, particularly in the second half of the race.

My inclination is to blame the ground. He had only run on ground that Timeform described as heavy once before, in a Grade 2 novice hurdle at Haydock back in January 2018, and he had run poorly there too. There may well have been something else at play, but that he failed to travel with his usual strength represents a flashing red light that we didn’t see the best of Colin Tizzard‘s Lostintranslation on the day.

It is somewhat encouraging with a view to his prospects of quickly leaving this run behind him that Lostintranslation bounced back from an abysmal run in the King George VI to run so well in the Gold Cup at the Cheltenham Festival last year. However, it could hardly be considered anything but a disappointing start to his campaign.