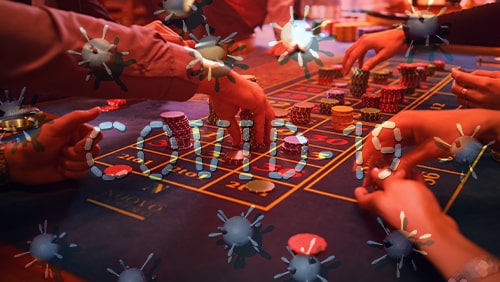 The Widus Hotel and Casino project being developed at the Clark Freeport Zone (CFZ) in the Philippines has hit a snag. It was the first casino resort in the CFZ to receive a full gambling license, which it picked up a year ago, and has been continuing to expand as it looked to become a major attraction for all types of travelers. However, COVID-19 had different plans and has caused some of the progress to slow down. The global pandemic has led to the resort being forced to push back the expected timeframe for the completion of its phase-one expansion, which now won’t be ready until sometime late next year.

Not only has COVID-19 caused economic damage to casino operators around the globe, but it also forced construction projects to come to a grinding halt as governments implemented massive shutdowns and quarantines. The Philippines has had to deal with continued coronavirus problems, and the inability to keep construction workers busy at Widus has taken its toll. However, Widus Group, which is behind the project, has no plans of stopping, and told GGRAsia, “We are pushing through with our expansion plans albeit with a slight delay because of the pandemic.”

The expansion was first announced in 2018 when Widus Group decided to give the resort a $500-million facelift. Plans had been to have all parts of the first phase of the expansion, which reportedly carries a cost of just over $247 million, completed by the end of this year. This phase includes the relocation of the Widus Casino, which will also be renamed to Hann Casino, and the reported inclusion of a new facility, Swissôtel Hotels and Resorts. The company explained to GGRAsia that, “[due] to the pandemic, this [shifting the site of the Widus Casino] has been moved to the last quarter of 2021. Unfortunately, the pandemic has pushed back the completion date of the Hann Casino Resort, including Swissôtel, to the last quarter of 2021.”

The delays aren’t stopping Widus Group from moving forward with other plans it has in the Philippines. A project it has on tap for New Clark City, the Hann Lux Lifestyle Resort, is still on the table and will be the company’s “second, ultra-luxury resort” in the country. It will include three 18-hole golf courses, luxury accommodations and, possibly, gaming. Although it is still in the “planning and design stage,” remains active. Originally expected to open in 2024, it isn’t clear if the timetable will be pushed back because of COVID-19.

Best bets from Belmont Park on Thursday
57 mins ago