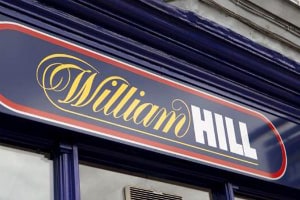 William Hill’s top executives will be treated to bonuses of up to £2.1 million after Caesars Entertainment Inc. offloads “all or substantially all” assets of the British bookmaker’s non-US businesses, including its betting shop portfolio in the UK.

The potential payouts were revealed Wednesday as Caesars, the largest US casino operator by number of properties, announced that William Hill has accepted its £2.9 billion takeover offer.

The gaming and hospitality giant further noted that when it acquires William Hill, it would focus primarily on the bookmaker’s US business and would “seek suitable partners or owners” for the company’s UK and international businesses.

Ulrik Bengtsson, who stepped in as CEO of William Hill in September 2019, and Matt Ashley, the company’s Chief Financial Officer, will each be entitled to cash payments equivalent to 200% of their salaries if they stay with the bookmaker until Caesars completes the sale of “all or substantially all” of William Hill’s non-US operations.

Mr. Bengtsson and Mr. Ashley will each receive 100% of their salaries when William Hill ceases to trade on the London Stock Exchange and another 100% six months later or when Caesars completes the sale of the British group’s UK and international businesses.

The Times reports that Mr. Bengtsson is tipped as a candidate to lead a private equity-backed management buyout of William Hill’s UK and international assets, which include its 1,400 betting shops around the UK and online gambling operations in its domestic market and other European territories.

It is also believed that rival British bookmaker Betfred is eyeing William Hill’s retail portfolio. Betfred’s owners, brothers Fred and Peter Done, will cash in about £172 million if Caesars purchases William Hill. The pair built a 6% stake in the rival bookmaker earlier this year.

Caesars tabled a £2.9 billion bid for the British bookmaker earlier this week. The casino operator will pay 272p per William Hill share in cash if the deal goes ahead. It is now subject to approval of 75% of the British company’s shareholders as well as to anti-trust and regulatory approvals and is expected to close in the second half of 2021.

Of the deal, Caesars CEO Tom Reeg said that William Hill’s “sports betting expertise will complement Caesars’ current offering” and will enable the combined group to “serve our customers in the fast-growing US sports betting and online market.”

Caesars already owns a 20% stake in William Hill’s US business as part of a sports betting partnership between the two companies. Under that partnership, the bookmaker operates sportsbooks at Caesars properties around the US on an exclusive basis.

Sakkari vs Azarenka & Sabalenka vs Brady
1 hour ago