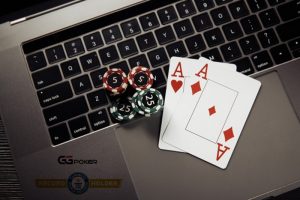 The World Series of Poker Online $5,000 Main Event has claimed the Guinness World Records title for the largest ever prize pool for an online poker event.

The tournament which took place between August 16 and September 5 attracted 5,802 entries who generated the record-breaking prize pool of $27,559,500.

The annual WSOP took place online this year due to the coronavirus pandemic and restrictive measures implemented to help curb the spread of the dangerous virus. The world’s longest-running tournament poker festival was hosted on GGPoker Network.

The online poker network and the WSOP originally teamed up this past April for the WSOP Super Circuit Online Series. The new online series aimed to replace the widely popular WSOP Circuit tournament series. WSOP Circuit events were forced to be canceled as casinos around the US closed temporarily due to the pandemic.

GGPoker and WSOP announced in June that they would also jointly organize and run this year’s WSOP festival and that the event would take place online. The WSOP ran from July 1 through September 6 and featured 85 gold bracelet events.

Players from Nevada and New Jersey, the two states where the WSOP brand offers online poker, as well as GGPoker customers from around the world were able to take part.

As mentioned above, the WSOP Online Main Event drew 5,802 entries who created the record $27.5 million prize pool. The money was split among the top 728 finishers, min-payouts starting from $11,834.

Bulgarian poker player Stoyan Madanzhiev bested the tournament’s field to trouser the $3,904,685 top prize. Madanzhiev’s payout was the largest ever individual prize ever awarded in an online poker tournament.

This year’s WSOP Online Main Event ran for 150 hours, 9 minutes and 13 seconds from the start of the tournament’s first starting flight to the last hand played. The event featured 23 starting flights. Survivors from those were combined for Day 2 on August 30.

By the end of Day 2 the field had shrunk from 1,171 players to the final 38. A week later, the final 38 players played down to a champion.

Commenting on the record-breaking event, GGPoker Head of Poker Operations Steve Preiss said that the Guinness World Records title was on their radar from the very beginning and that players and fans of poker “expect nothing less than record-breaking prizes when it comes to the World Series of Poker, and GGPoker delivered.”

WSOP Director Ty Stewart added that “breaking a Guinness World Records title shows what happens when you combine GGPoker’s amazing platform with the World Series of Poker brand” and that this will be a “tough record” to beat.

Gambling News
So what’s the deal with dice games? Fair or nah?
2 hours ago
0 1

Euro 2020 contenders | Who are the favourites?
1 hour ago

So what’s the deal with dice games? Fair or nah?
2 hours ago
Best Online Casinos and Bonuses