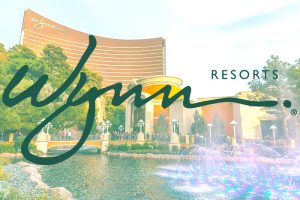 Las Vegas gaming and hospitality operator Wynn Resorts has closed its Yokohama office after the Covid-19 pandemic caused delays in Japan’s timetable for awarding up to three casino licenses.

The company said in a statement issued Sunday that despite its decision to shutter its office in Yokohama, it remains interested in developing an integrated resort in the city as part of Japan’s effort to introduce Las Vegas- and Macau-style casino gaming in a bid to boost international tourism.

Wynn said in its Sunday statement that the coronavirus health crisis “is having an unprecedented negative impact on integrated resort development, and resort companies such as Wynn are considering how to evolve our operations to align with a post-pandemic market.”

The company also noted that, long term, it remains interested in Japan and will “monitor the situation closely” and that it will pursue expansion in that nascent market in future.

Wynn’s announcement comes shortly after reports emerged that the Japanese government has pushed back the publication of a national basic policy on integrated resorts to August or later. The need to add protocols for curbing the coronavirus spread in the framework is believed to have forced the delay.

The policy was previously expected to be published by late July. The delay is now likely to impact the government’s entire timeline for awarding up to three gaming licenses for the country’s first-ever integrated resorts with casinos.

According to previous plans, cities/prefectures interested to host casino resorts and their casino operator partners were expected to be able to apply for gaming licenses between January and July, 2021. The opening of the license application window could now be pushed back to a later date.

Wynn has been interested in expanding in Japan for many years. The company originally eyed Osaka as the city where it wanted to build and operate and integrated resort with a casino, but dropped that plan late last year and announced a ‘Yokohama Focus’ instead.

Wynn’s CEO, Matt Maddox, said at the time that after “carefully investigating and studying candidate sites all over Japan”, they have set their sights on Yokohama as the port city “already has many attractive tourist facilities, and its MICE facilities have a high potential.”

Following news that Japan’s central government would delay the publication of the national IR implementation policy, Yokohama said that it would be difficult for local officials to finalize and release the city’s own basic policy.

However, uncertainties caused by the Covid-19 pandemic have forced operators to reconsider their plans and priorities. Las Vegas Sands announced earlier this year that it would no longer pursue a Japanese casino license, citing high tax rates, unfavorable terms, and the cost of building in the country.

It is to be seen whether the worst health panic the world has experienced in many years would result in other gaming and hospitality powerhouses abandoning their Japanese dream.