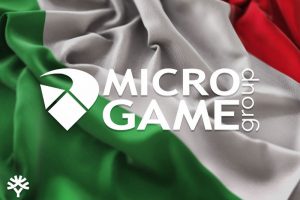 Online casino games and related solutions supplier Yggdrasil has teamed up with major iGaming platform provider Microgame in a move that will help Yggdrasil grow its presence in Italy through its new partner’s extensive operator network in this lucrative market.

Under a recently signed software licensing and reseller agreement, Microgame’s more than 37 operator partners will be provided with access to 80 of Yggdrasil’s gaming titles, including new releases Multifly, Arthur’s Fortune, and Lightning Joker as well as the hugely popular Vikings trilogy.

Microgame’s operator partners will additionally gain access to titles that feature Yggdrasil’s innovative new mechanic Splitz, which the company unveiled late last year. The first game to feature the mechanic was Temple Stacks: Splitz. It will too become available to Microgame’s clients and their players, along with Neon Rush: Splitz.

And in addition to that, Microgame and its operator partners will be provided with access to Yggdrasil’s upcoming new release Lucky Neko, a title that will introduce the supplier’s new Gigablox feature.

Aside from gaming content, the deal between Microgame and Yggdrasil covers the latter company’s set of in-game promotional tools BOOST.

Microgame is among the leading online gambling companies in the Italian market. Its proprietary platform has been crafted to meet the demands of that particular market.

In addition to its iGaming platform, Microgame also offers turnkey sports betting services and a host of wagering and casino-style products both for the retail and digital channels.

Commenting on their partnership with Microgame, Yggdrasil CEO Fredrik Elmqvist said that their new partner is a leading platform supplier in Italy and that this alliance will significantly expand their reach in the country together with Microgame’s premium operator partners.

Mr. Elmqvist noted that their content and related solutions have already proven particularly popular with Italian players since they entered the local iGaming space and that they are excited to be able to offer their portfolio to an even wider customer base together with Microgame.

Yggdrasil debuted its offering in Italy in 2017.

Microgame CEO Marco Castaldo commented that with the addition of Yggdrasil’s leading content to their platform, they will enhance their offering significantly with “innovative and engaging titles that appeal to a wide demographic of players.”

Mr. Castaldo further pointed out that their new partner is among the most prominent supplier in the industry and they look forward to a successful partnership with Yggdrasil.