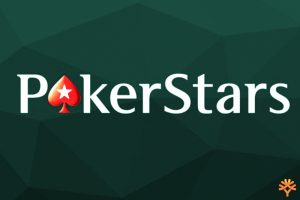 Online casino games supplier Yggdrasil has announced a major supply deal that will see its content go live with a leading operator in core markets.

Yggdrasil has teamed up with PokerStars to roll out its titles with the major online gaming brand and gain access to its massive audience of devoted slots and table games enthusiasts.

Under the terms of a recently penned agreement between the supplier and the operator, Yggdrasil will roll out its content across the PokerStars platform in several phases.

The first phase has already been completed and has provided PokerStars’ UK players with access to Yggdrasil’s hit online slot Sahara Nights. Blockbuster games Valley of the Gods and Multifly are set to follow, the online casino content supplier has revealed.

More games in Yggdrasil’s ever-growing portfolio are set to be launched with PokerStars across .com markets in the coming weeks and months. In addition, a range of the provider’s content will also go live in many regulated jurisdictions where PokerStars is licensed to operate, including Sweden, Denmark, Italy, Spain, and Romania.

PokerStars’ PokerStars Casino operation is among the leading online casinos in many markets across the globe. It boasts a massive player base and a large lobby that features a number of gaming titles from some of the biggest and fastest-growing iGaming studios.

Commenting on their partnership and integration with PokerStars, Yggdrasil CEO Fredrik Elmqvist said that this is a “milestone content agreement” for his company and that they are thrilled to be partnering one of “the biggest and best-known brands in the industry.”

Mr. Elmqvist went on to say that this recent deal will enable their portfolio of online casino games to reach “an extensive worldwide audience across many key regulated jurisdictions.”

Founded in 2013, Yggdrasil is today among the leading providers of games and related solutions for the online gaming industry. Late last year, the company grouped its operations under three main divisions – Publishing, which includes pioneering propositions YG Game IP, YG Masters, and YG Franchise, as well as Distribution and Affiliation.

Yggdrasil’s content is certified, licensed, and available in a number of major regulated markets and the company is clearly looking to further increase its footprint with strategic partnerships and new licenses and certifications.

Earlier this month, the company announced a strategic deal with fellow iGaming software solutions provider SoftSwiss. Thanks to this recent YG Franchise licensing deal, SoftSwiss will gain access to and distribute Yggdrasil content and will be able to take advantage of the content supplier’s BOOST promotional tools.

In addition, the Franchise deal covers Yggdrasil’s GATI iGaming development and distribution technology that will enable SoftSwiss to craft and distribute its own content on the Yggdrasil Franchise platform.

Spezia to produce something special
26 mins ago