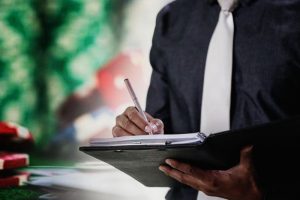 The Japanese city of Yokohama has launched a fresh casino request-for-concept (RFC) process after Japan’s central government announced last week that it has decided to push back a July 2021 deadline for cities and their preferred partners to submit their plans to build and operate Macau-style integrated resorts with casinos.

Yokohama’s new RFC process kicked off Tuesday and will run through the end of November, as confirmed by city officials and reported by regional casino news outlet GGRAsia.

Local news outlets report that the disruption caused by the coronavirus pandemic as well as its impact on planning for the construction of integrated resorts as part of Japan’s casino legalization effort and on projections on the profitability of running such integrated resorts have prompted the new RFC process.

Yokohama announced that it would join the race for hosting an integrated resort in the summer of 2019. The city conducted its original RFC process later that year. As many as seven casino and hospitality operators participated in that process, submitting their concepts for integrated resorts. These were Wynn Resorts, Galaxy Entertainment Group, Genting Singapore, Shotoku, Sega Sammy Holdings, Melco Resorts & Entertainment, and Las Vegas Sands.

Local media outlets report that only these seven companies will be invited to submit their fresh proposals.

Las Vegas Sands announced earlier this year that it had decided to drop its Japan casino expansion plans, while rival Wynn Resorts closed its office in Yokohama and said it was putting its Japan plans on hold for now.

As mentioned above, Japan’s central government last week confirmed that it would push back the opening of the window for accepting casino resort bids from interested cities and developers to October 2021. The license application process was previously scheduled to be launched in January 2021 and to run through July that year.

Interested cities and their partners will now have until April 2022 to submit their bids. The Japanese government is planning to award three gaming licenses for three integrated resorts in different parts of the country. The first such properties were originally hoped to open doors around 2025, but with the latest delay that original timeline for introducing casino gambling in Japan seems close to impossible to be met.

Japanese lawmakers said last week that the delay was forced by the Covid-19 pandemic and the disruptions it has caused since it swept the globe.

The snowballing casino bribery case involving the lawmaker that was in charge of developing the government’s integrated resort project policy was also cited as a reason for the delay in the casino license application process.

Tsukasa Akimoto, a former member of the Liberal Democratic Party and a former Cabinet Office Minister for the LDP, was arrested last year on suspicion of taking bribes to spearhead a Chinese lottery firm’s bid to develop a casino in Japan. The lawmaker was released on bail in February and was rearrested in August for allegedly trying to bribe witnesses in the case against him.